The new coin is designed to reward drivers who drive safely and smoothly at low speed. The company, which is also behind the Smart brand, made the announcement at the Mobile World Congress 2018 in Barcelona at the end of February.

The project which was first proposed in February 2018 will be in the testing phase in the next 3 months. It is planned that initially, only 500 drivers will take part in the program.

The drivers will get MobiCoins for practices that are considered environmentally-friendly. Data will be transmitted from the cars to Daimler as part of the reward program.

The data presented will be converted into MobiCoins. The coins then are going to be transmitted to the owner’s mobile application.

If a customer gets many MobiCoins, they will then be eligible for various rewards. For example, the customer may get VIP access to events like DTM Races, the fashion week in Berlin, or the Mercedes Cup Final. However, it yet remains unclear if the MobiCoins can be converted into other cryptocurrencies.

The technology can act to transform mobility, according to Jonas Von Malottki, a blockchain expert from Daimler’s IT team. “The blockchain, with its decentralized architecture, will open business models and multiply the possibilities of collaboration between big and small players,” he said.

Other auto giants in Germany have also shown similar approaches. Firms such as BMW and Porsche have already established joint ventures with blockchain-based companies.

BMW has formed a partnership with VeChain. This is a supply chain enhancement platform utilizing the blockchain. 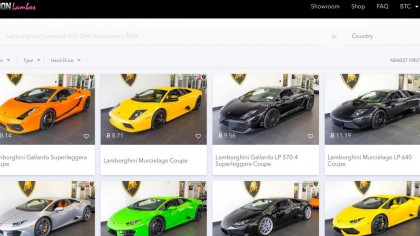 Sunny Lu, the CEO of VeChain, has also confirmed the partnership, after rumors about it had been circulating in the cryptocurrency world for months. VeChain has been rebranded as VeChain Thor. This marketing ploy has proven successful for many projects.

Porsche has also recently announced its utilization of blockchain. The company has said that it foresees various applications for the blockchain. This includes opening and locking doors via an application. It can also use the technology to improve the safety and abilities of driverless cars.

“We can use Blockchain to transfer data more quickly and securely, giving our customers more peace of mind in the future, whether they are charging, parking, or need to give a third party, such as a parcel delivery agent, temporary access to the vehicle.” Oliver Döring, the financial strategist of Porsche, said.

Volkswagen also believes in blockchain. Volkswagen’s Chief Digital Officer, Johann Jungwirth, has recently become a member of the supervisory board of the IOTA Foundation. The IOTA Foundation is a non-profit organization which is blockchain-based and focused on the Internet of Things.

There is an increasing demand for implementing the Internet-of-Things. This is forcing big firms to gain access to large data pools. The blockchain firms are also trying to enter this area by using decentralized ledger technology.