Carbon Fiber Strands Could Save Buildings from Earthquakes

Earthquakes are one of the most destructive forces on the planet. As tectonic plates collide and rub, enormous amounts of potential energy is unleashed as they quickly snap past each other- like snapping fingers, but with insanely huge rocks that float on a sea of magma. Most buildings do not collapse from the actual earthquake, but rather from the displacement of the foundation that causes the top part to sway, resonating until the tensional forces are too great which causes the building to collapse (see video below for an example). However, a Japanese company has developed a method involving carbon fiber tethers to make buildings more resistant to earthquakes.

There are two ways to resist earthquakes; one is to design a building in such a way that it is not coupled with the ground, therefore allowing the building to move independently, or to build a structure that can resist the forces that are created. Seismic base isolators are like shocks for buildings, allowing the base to move independently to the ground and resist some of the motion (see video below). However, buildings must be constructed on top of the device because it is part of the foundation. Buildings that have already been constructed without the dampers cannot have them installed after. Komatsu Seiren, a Japanese company, has answered this problem with a technology that allows the modification of an already built building to gain an extra layer of earthquake resistance.

Komatsu Seiren uses carbon fiber noodles to create an interlocking webbing system that can transfer the horizontal forces from an earthquake and direct them into the ground, resisting the shaking motion and potentially saving the structure. Komatsu Seiren claims that:

The CABKOMA Strand Rod for seismic reinforcement is a thermoplastic carbon fiber composite. It uses carbon fiber, which is an advanced material, as the interlining, while its outer layer is covered with synthetic fiber and inorganic fiber. It is finished by impregnation with thermoplastic resin.

-Its tensile strength is high, while it is the lightest seismic reinforcement in the world.

The strands are 5 times lighter than its steel counterpart, meaning that a 6th of the weight is required to have the same tensile strength as steel cables. The strands are so light that 160 meters of it only weighs 12 kg(!) while still maintaining a strength equivalent of a metal cable that is five times heavier. The 160 m cable is so light that it can even be carried in one hand (see picture below). The carbon fiber strands promise a safer future for buildings that need extra protection that have not already been prepared for a large earthquake. Cabkoma has created a brilliant product that can make any building safer from the devastating forces that can come with an earthquake. See below for buildings that have been fitted with the Cabkoma carbon fiber strands. 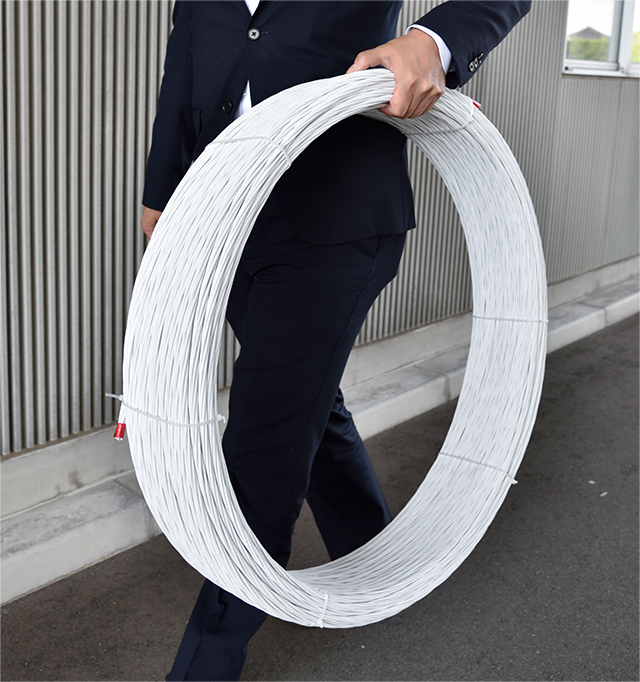 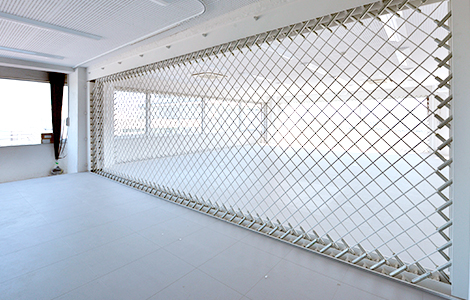 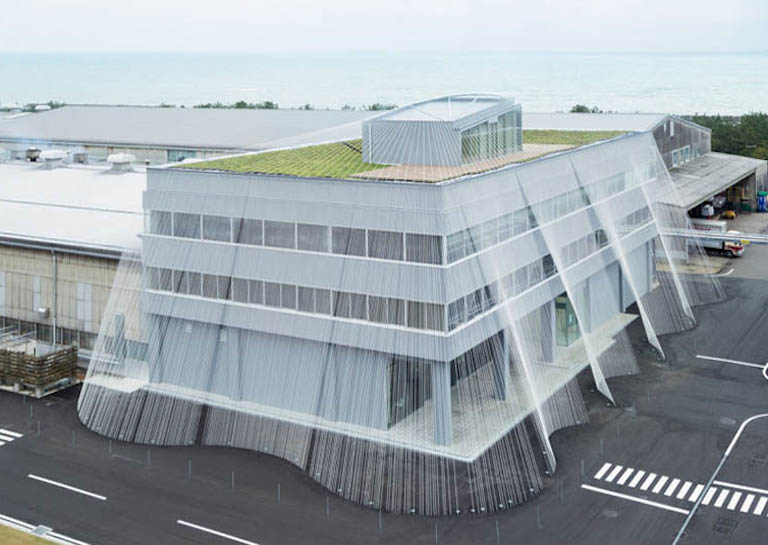 SEE ALSO: This Earthquake-proof bed might be even more terrifying than an Earthquake itself