Carnegie Mellon University has announced its School of Computer Science will offer the first US undergraduate degree in AI beginning this fall.

By  Loukia Papadopoulos
May 13, 2018
Carnegie Mellon

With scarce artificial intelligence (AI) specialists bringing in exorbitant salaries and the demand only set to increase, it's no surprise to hear a US institution finally launched the first AI undergraduate degree in the country. This institution is none other than Carnegie Mellon (CMU), the university that in just 2015 was left desperate after Uber poached 40 of its AI specialists.

A depth of experience in AI

"Carnegie Mellon has an unmatched depth of expertise in AI, making us uniquely qualified to address this need for graduates who understand how the power of AI can be leveraged to help people," Moore added. Indeed, SCS has already been ranked as the top graduate school for AI by the US News and World Report.

According to Reid Simmons, research professor of robotics and computer science and director of the new program, the new degree will offer the same base in computer science and math courses as other computer science programs complimented by AI-related matters such as machine learning and symbolic computation. In addition, the program will focus on the ethics and social responsibility of AI.

The AI program is set to benefit from SCS's current faculty in departments such as Machine Learning, Language Technologies Institute, Robotics Institute, Human-Computer Interaction Institute, Computer Science Department and Institute for Software Research. The degree will also witness the cooperation of faculty from other disciplines from the schools of Dietrich College of Humanities and Social Sciences, the Heinz College and the College of Engineering.

A first in the country

Currently, several American universities offer degrees in Computer Science and Computer Engineering that have tracks in AI but CMU is the first to introduce a distinct undergraduate major in the field. Simmons said the development is "an opportunity for us to shape what it means to be a degree program in AI, as opposed to offering courses related to AI."

"We want to be the first to offer an AI undergraduate degree,” added Simmons. “I'm sure we won't be the last. AI is here to stay." 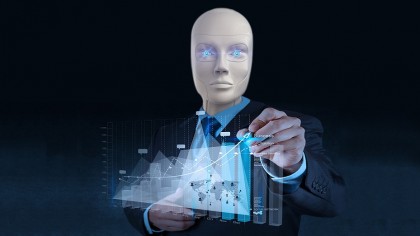 Last month, Sony signed an agreement with CMU to collaborate on AI cooking robots. Project lead Dr. Hiroaki Kitano, corporate executive Sony, said: "this project has the potential to make the vast possibilities of AI and robotics more familiar and accessible to the general public."