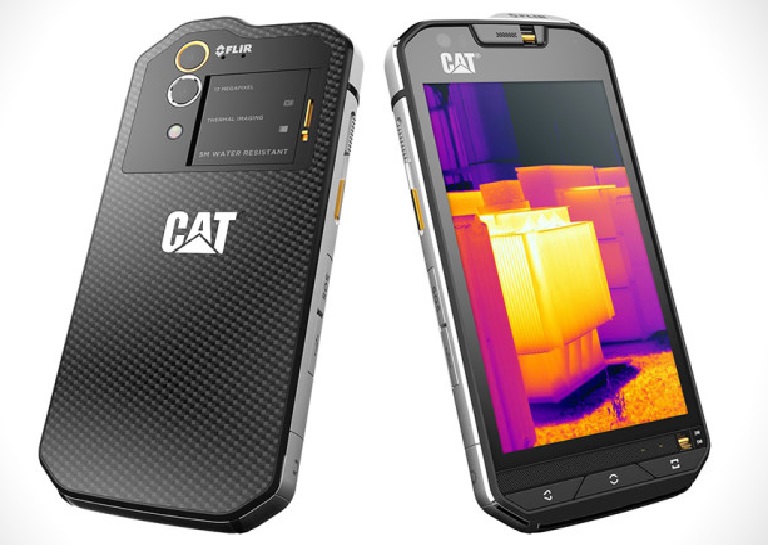 It's clear. You work long hours and hard concrete floors may as well be your carpets. At the end of the day, the thing that is most important to you is getting the job done. Your smartphone is likely part of your everyday work, so you need it as tough as you to survive the day. Unfortunately, other smartphones just don't cut it.

While recent releases including the most popular Galaxy s7 and iPhone 6 provide a sleek, elegant device, CAT decided to take a whole new approach and build a phone around functionality and durability rather than design to provide a tough phone, able to survive the harshest of conditions. The phone features a waterproof design with a world first thermal imaging system integrated on a smartphone.

Other smartphones may be elegant, however, as all too commonly understood, most smartphones stand virtually no chance against a significant impact from a fall- even as low as one meter. While retaining looks, the phones greatly lack in durability, a far from optimal desirability amongst those who live a rugged lifestyle.

The recently announced S60 CAT smartphone will set you ahead of the game with phone able to remain waterproof up to 5 meters, sustain large impacts, integrated with thermal imaging, and supported by an IP rating of IP68. The phone is also powered by massive 3,800 mAh battery, making it a rather bulky with the die cast steel frame inside, measuring in a thickness of little over  half an inch. The phone is drop-proof, dustproof and shockproof, built to MIL Spec Defense Specification. Despite the small size drawbacks, the S60 will enable you to get the job done right with just one tool. While the S60 is not likely to take the market by storm, for just  US $599 at pre-order, it will likely reach a large clientele.

Reminiscing about the glory days of the invincible Nokia's, CAT's recently announced new line of smartphones are up to the challenge of everyday life- be it around the house or in the dangerous haphazardous depths of phone killing environments sustained within construction zones.

To find out more, you can visit the CAT website.