The future of construction could be very very quiet.

Electric cars are everywhere - not a day goes by without a new announcement of some sorts regarding the future of electric mobility. But don’t think electric is just for cars. Check out this electric excavator. 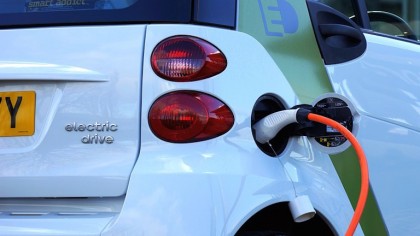 How Will Electricity Companies Keep Up with the Surge in Electric Cars ?

Netherlands based company Pon equipment has converted a standard Caterpillar excavator to battery power, and it could mean a silent construction site future. Initially, the conversion was just going to be a one-off but the project has kickstarted a new breed of zero-emission construction equipment.

The green excavator, called Z-Line, for zero-emission by its creators is made from a Caterpillar 323F. The colossal diesel engine was replaced with a massive 300-kilowatt-hour battery pack. The battery is more than three times heavier than the original engine, but it can provide enough power for five to seven hours of operation.

A full recharge takes around two hours. Pon completed the conversion with assistance from Caterpillar over 11 months. Norweigan construction company Veidekke brought the first iteration and according to Tek.no have already placed an order for eight more.

Pon reportedly wants to develop a conversion kit making it easier and more efficient to turn diesel machinery into green equipment. Norway is the perfect testing ground for this revolutionary equipment. The Scandinavian country has embraced electric technology.

The electric Nissan Leaf was the countries best selling car last year, and battery-powered cars made up a third of all new car sales. The government has made it easy for potential car buyers to go electric with handsome rebates and incentives. The ambitious country wants to end sales of fossil-fuel dependent vehicles by 2025.

Construction industry motivated to clean up

While many companies have invested heavily in electric trucks that will transform logistics, construction is a relatively untapped area. The construction industry is a massive polluter, Pon notes that construction equipment alone currently accounts for 30 percent of emissions in Norway's capital, Oslo.

In the UK, the construction industry makes up almost half of the country's total carbon emissions. Other construction equipment could also be suitable for conversion to electric.

As battery technology improves it will be easier and easier to apply to power-hungry applications like heavy machinery.

Ford has already announced it intends to make its iconic F-150 truck electric. The F-150 has been the most popular truck in the United States for the last 40 years and a staple at construction sites across the country.

The planned electric F-150 won’t just save money on fuel, maintenance, and emissions.

Ford says they also plan to design the truck so it can be used as a portable generator for construction sites. "With the F-150 electric, you don't have to have an expensive generator on site now," he said.

"You can just plug your tools into your truck, and that electric powertrain will run all the tools on the job site. Customers will pay for that because now they don't have to buy an expensive $10,000 generator."

Google Gets Approval to Build Sprawling Megacampus in San Jose

The Strangest Atmospheric Phenomena: From Moon Halos to a Green Flashes