By  Jessica Miley
Dec 01, 2018
New research has revealed that ancient Europeans had a deep understanding of complex geometry and time-keeping. Hubblesite

New analysis of cave paintings at sites across Europe have revealed that the ancient artists understood much more about complex geometry than first thought. The images which were first thought to be simply depictions of wild animals actually look to represent star constellations in the night sky, and were used to represent dates and mark events such as comet strikes.

The research shows that even as far back as 40,000 years ago, humans kept track of time using the slowly changing position of stars. It seems that the record keeping lasted thousands of year and indicates that the ancient Europeans understood the effect caused by the gradual shift of Earth's rotational axis known as the precession of the equinoxes.

It was previously thought the first humans to record the phenomena was the ancient Greeks. The new findings suggest that ancient Europeans had a much stronger understanding of astronomy than previously believed.

With this knowledge, they may have navigated across oceans also changing historical understanding of ancient migration. Researchers studied paleolithic and Neolithic art from sites in Turkey, Germany, Spain and France.

They found that across all the sites the same method of date-keeping based on sophisticated astronomy was used, despite the works of art being separated in time by tens of thousands of years. The researchers from the University of Kent and Edinburgh re-examined stone carvings at Gobekli Tepe in modern-day Turkey, known as a memorial to a comet strike around 11,000 BC. 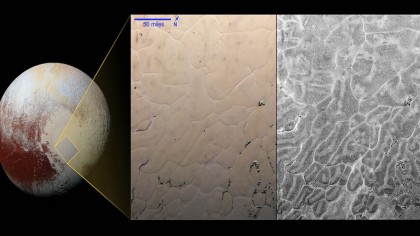 The devastating strike is thought to have kicked off a mini ice-age known as the Younger Dryas period. The researchers also took a fresh look at one of the best known works of ancient art, the Lascaux Shaft Scene in France.

Previously understood to be a dying man surrounded by animals, the new research suggest it's also a commemoration of another comet strike around 15,200 BC. The ancient art was first chemically dated then compared to images of the position of ancient stars at the same time.

These positions were determined by using advanced computing modelling software. Dr Martin Sweatman, of the University of Edinburgh's School of Engineering, who led the study, said: "Early cave art shows that people had advanced knowledge of the night sky within the last ice age. Intellectually, they were hardly any different to us today."

"These findings support a theory of multiple comet impacts over the course of human development, and will probably revolutionize how prehistoric populations are seen." The timekeeping system isn’t just reserved for 2D art, the world's oldest sculpture the Lion-Man of Hohlenstein-Stadel Cave, from 38,000 BC, was also found to conform to this ancient time-keeping system.

The study was published in Athens Journal of History.