Celebrate Lunar Landings with This $20,000 Pen 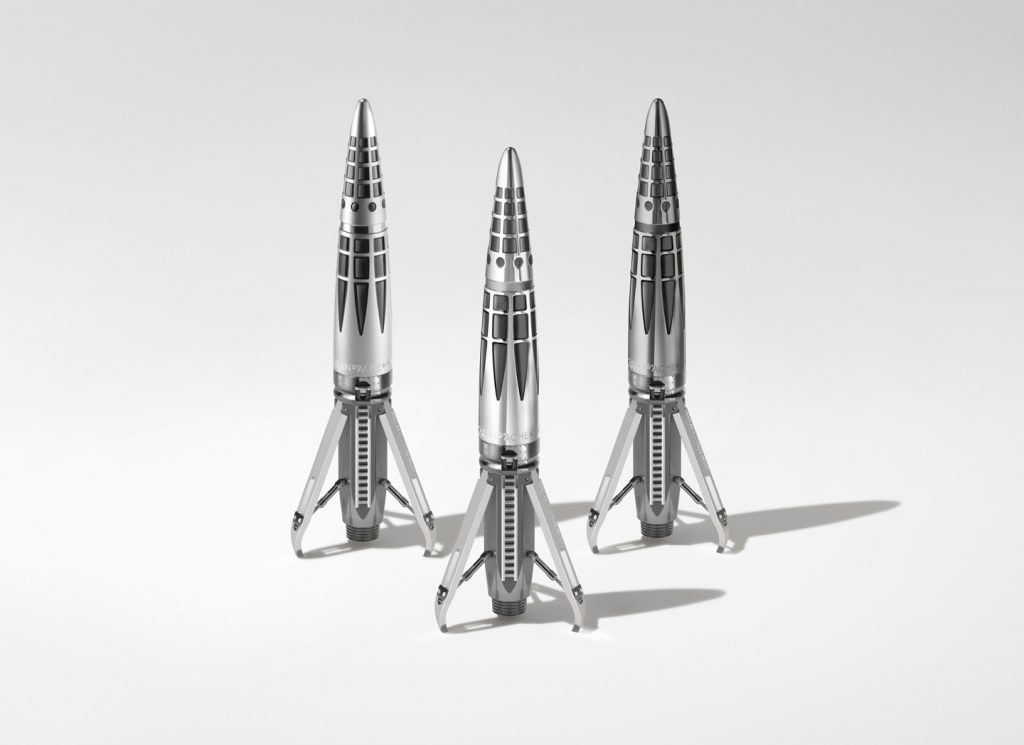 Watchmakers MB&F partnered with Switzerland-based pen company Caran d'Ache on crafting the most mechanical pen in existence - the Astrograph. You can buy the pen with either a ballpoint or fountain tip. The tip is protected by retractable landing gear and a teeny tiny ladder for an equally tiny spaceman. Sound complicated? No worries, you can download the manual online.

The Astrograph comes in four different versions depending on metals and finishes. You can get it made with rhodium or ruthenium, but each version is limited to only 99 pieces.

The pen's packaging doubles as its display. The circular shaped box has three articulated legs to either launch or land your rocket pen. 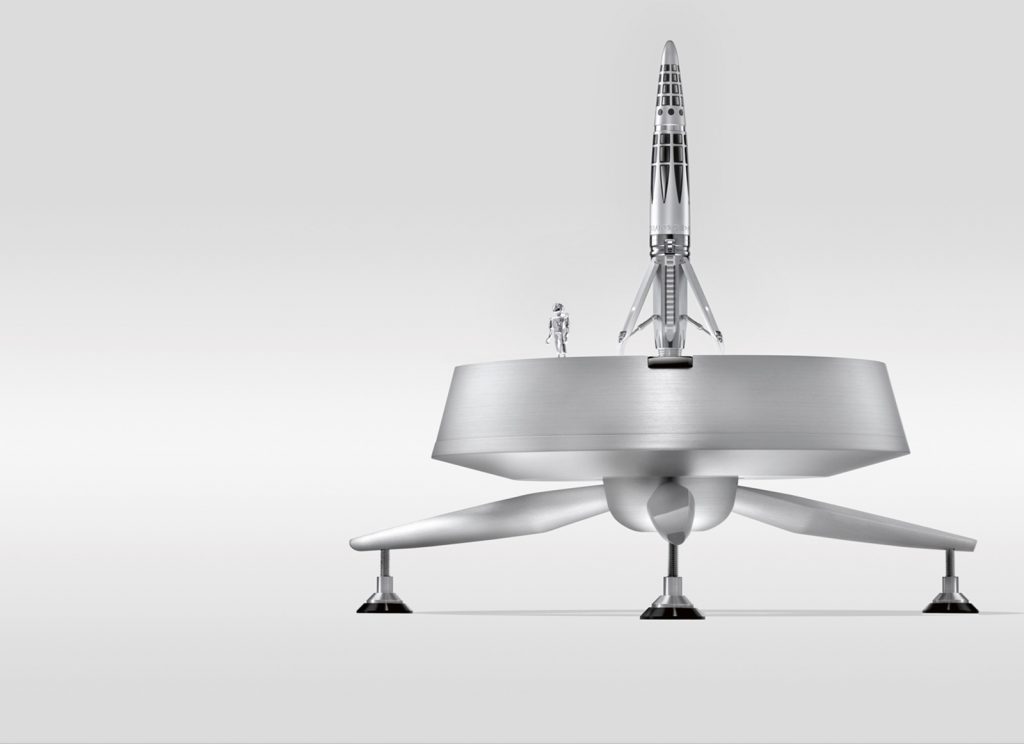 If not for the nearly $20,000 cost, this pen could easily double as a fun plaything during business meetings. However, we'd be too afraid to lose it in the clutter of our office desks.

MB&F also crafted the TIE fighter music box, complete with John Williams's Star Wars theme. If only we could justify its $18,000 price tag.