Two separate studies conducted in two different parts of the world used thousands of lab rats to see if cell phone radiation could correlate to cancer.

A pair of studies conducted by the United States National Toxicology Program determined it had "clear evidence" that exposure to radiation can cause heart tumors in male rats. The study also concluded that it found "some evidence" of brain tumors in those male rats being traced back to radiation exposure.

The studies also drew attention for the sheer scale of them. The cancers weren't just found in a handful of mice. The organizations conducting the studies observed 3,000 miles and rats of both sexes for over two years. Thus far, it's the largest investigation into RF radiation and its potential association with cancer ever conducted. And the United States isn't the only government studying these effects. A team from the Ramazzini Institute in Italy looked into RF radiation and its effects on nearly 2,500 rats from birth to death.

According to Jon Samet, a professor of preventive medicine and dean of the Colorado School of Public Health, these studies "confirm that RF radiation exposure has biological effects" with some of those effects "relevant to carcinogenesis." Samet was not involved in the studies.

The study has brought on a flurry of skepticism. Samet noted that while these studies are groundbreaking in their findings, those findings are specific to rats. EF radiation has yet to be proven to have those same effects on humans. 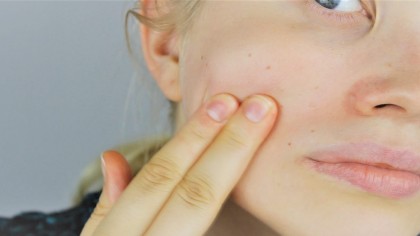 Stephen Chanock directs the Division of Cancer Epidemiology and Genetics at the National Cancer Institute. Chanock remains skeptical as to the study, as doctors have yet to report increasing number of brain tumors or other cancers despite initiatives to track those events. Chanock's spokesperson told Scientific American in an interview that the data "haven't accumulated to the point that we can say something meaningful about them."

"Cell phones have been around a long time," Chanock said. "We are by no means dismissing the evidence, and the Ramazzini study raises interesting questions. But it has to be factored in with other reports, and this is still work in progress."

Earlier work investigating cell phones and human cancer risks haven't come to any sort of conclusive findings. Several studies used volunteers who already had tumors with potential risks to RF radiation like salivary gland tumors. Researchers have also used self-reported cell phone usage of cancer patients and compared them with those who did not have the disease and then tracked changes. One of the biggest problems with earlier studies is that more often than not, subjects don't accurately track their cell phone habits on questionnaires.

But for now, these two studies remain two of the biggest breakthroughs epidemiologists have in the case of how (or if) our cell phones affect our lives and health.