Scientists have now engineered techniques to modify a patient's own cells to treat cancerous tumors.

The immune system, the human body’s defense against infectious organisms and other potentially damaging foreign bodies, is made up of white blood cells, antibodies, chemicals, and proteins.

T-Cells a type of white blood cell have evolved over millennia to destroy infected and cancerous cells. Scientists have now developed a technique to engineer a patient's own cells to attack and destroy cancerous tumors where they have failed before. 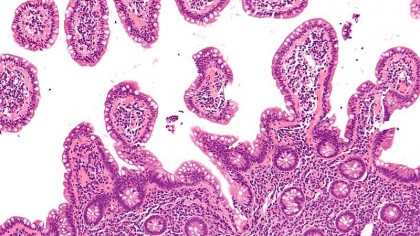 The Parker Institute of Cancer Immunotherapy in San Francisco brings together World-renowned experts from leading cancer centers are at the forefront of T-Cell modification research and working with Becton Dickinson as a strategic partner, world leaders in providing analysis and cell separation instrumentation.

“In the last five years, the advances in cell therapy give us a tremendous opportunity to cure patience’s who had no hope before”.

What is Cell Therapy?

In medicine today treatments are generally disease-specific where drugs are designed to treat specific diseases. Cell therapy moves this to the next level, where a patient’s own cells are harvested from their body, re-engineered to fight a specific disease and then returned to the patient to treat their own specific disease.

Linda Mcallister – VP Scientific Affairs at Becton Dickinson explains the potential of T-Cell Therapy said: “The number of conditions that could be treated by Cell Therapy is staggering, includes much of cancer, much of degenerative diseases such as Parkinson’s, Spinal cord injuries and blindness”.

“Treating end-stage leukemia patients with cell therapy can lead to a 90% complete remission”.

The Parker Institute notes that two of the most major advances in this field, and cancer immunotherapy overall, are the development of chimeric antigen receptor therapy, or CAR-T therapy, and the creation of T-cells engineered with special T-cell receptors, known as TCRs. Both CAR-T and TCR display a significant amount of promise as weapons in the battle against cancer. While much of these technologies are in the early stages, the Parker Institute for Cancer Immunotherapy believes they will continue to revolutionize the field of oncology.

In 2016 the advisory committee for the NIH ‘National Institutes of Health for United States Department of Health & Human Services’ gave the green light for a clinical trial for patients to receive infusions of the engineered T-Cells in 2017.

The Parker Institute for Cancer Immunotherapy scientists embarked on this landmark clinical trial to test the next wave of cancer-fighting T-cells, engineered using the ground-breaking CRISPR gene-editing technology. This research, led by the University of Pennsylvania, was the first in the United States to test CRISPR-modified cells in humans.

With the recent approval by the FDA of CAR-T Cell therapy to treat adults with certain types of large B-cell lymphoma. With an aim of treating 3500 people in the United States who would else have no chance of a treatment.

Using Yourself to Fight Cancer

Dr. Jeff Bluestone, president and CEO of Parker Institute for Cancer Immunotherapy and professor at the University of California, San Francisco discusses Using Yourself to Fight Cancer