Physicists from CERN spent a few special days testing the possibilities of transforming the LHC into a gamma ray factory.

CERN's Large Hadron Collider most commonly experiments with protons, but that doesn't mean protons are the only atomic particles the LHC can handle. Researchers recently injected lead "atoms" with a single electron into the LHC for the first time ever.

The process was done to test out a new CERN concept called the Gamma Factory.

“We’re investigating new ideas of how we could broaden the present CERN research programme and infrastructure,” said Michaela Schaumann, an LHC Engineer in Charge. “Finding out what’s possible is the first step.”

The LHC typically produces proton-proton collisions and then spends four weeks of its time throwing atomic nuclei together at incredible speeds. Then, the LHC goes into a winter hibernation before rebooting in the spring.

However, for just a few days each year, the physicists and researchers at CERN can experiment with the machine. They've done everything from accelerating xenon nuclei in the LHC and even attempted other stripped lead ions. 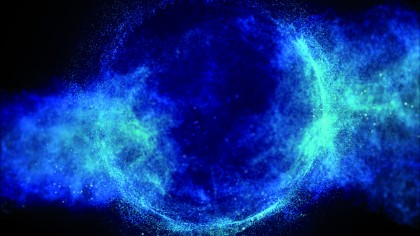 This particular test was particularly difficult for the researchers due to just how delicate lead nuclei are.

"It’s really easy to accidentally strip off the electron," Schaumann said. "When that happens, the nucleus crashes into the wall of the beam pipe because its charge is no longer synchronised with the LHC’s magnetic field."

Operators started the test by injecting 24 bunches of "atoms" and achieved a low energy stable beam in the LHC for a full hour. Then, the team boosted the LHC to full power. This maintained the beam for two minutes before getting sent to the beam dump. This wasn't due to any sort of failure, but simply a precautionary measure, the team noted.

“If too many particles go off course, the LHC automatically dumps the beam,” Schaumann said. “Our main priority is to protect the LHC and its magnets.”

Schaumann and her colleagues then restarted the magnets with just six bunches. This allowed the beam to continually circulate for two hours before being intentionally dumped into the beam dump.

These tests are more than just fun experiments with advanced technologies, however. Physicists are attempting to see if the LHC could possibly function as a gamma-ray factory in the future. This would allow scientists to circulate "atoms" with a laser, making the electron jump to another energy level. The electron would then fall, emitting a particle of light. Normally, that particle wouldn't be energetic. However, the energy of the photon gets boosted due to the Doppler effect of how fast everything moves within the LHC.

Studying gamma rays could also provide enough energy to produce "matter particles" like quarks, muons, and electrons. It could even one day transform into dark matter and help form new beams like muon beams.

These sci-fi sounding innovations are nowhere near ready yet, but the testing conducted by CERN physicists could get us one step closer to incredible new physics discoveries.