CES 2019 Wrap-Up: Trends And Talks That Made The News

Now that CES 2019 is over, let's look at some of the biggest highlights of the conference.

CES is always an exciting event for people who like to keep up to date on the most current trends in technology and CES 2019 didn’t disappoint. We're reviewing all the exciting trends and the notable let-downs from the world’s largest consumer electronics conference.

Without a doubt, the biggest theme of the conference was the coming rollout of 5G networks and how connected devices of every kind were going to take advantage of it. Whether it was on the showfloor, at a new conference, or the topic of panel discussions, 5G was on everybody's mind at CES 2019. 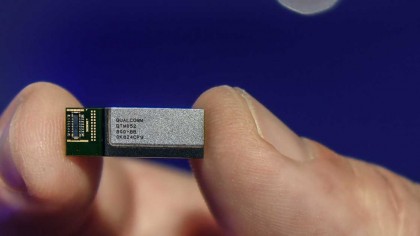 From mobile phones to smart cities, the majority of products we saw were touting some capability that would harness—or could be harnessed by—5G networks in ways their predecessors could not.

This was especially true of vehicles, with the largest buzzword on the automotive floor being V2X technology that, when paired with 5G infrastructure, will do everything from reduce traffic congestion, enable better autonomous vehicle performance, and reduce the number of traffic deaths worldwide.

Mobile devices stood to benefit most from the 5G rollout, and this isn’t limited to just phones or tablets. In particular, VR/AR/MR headsets might become much more mobile, untethered, and practical thanks to 5G, since video could be generated in the cloud and piped into headsets over a 5G network, rather than having to generate video from a graphics card.

If you haven’t heard of edge computing before, the best way to describe it is that its the opposite of cloud computing. Rather than sending data back to a large data center to be processed, edge computing is processing that same data set at the point of human interaction.

This means that instead of a washing machine uploading data about your most recent washing cycle to an LG server to be analyzed alongside millions of other data points, the machine itself will collect and analyze that data and tailor its performance to meet your needs.

This is possible thanks to more advanced AI technology that can fit into smaller and smaller systems. What this means is that each device will have its own AI, rather than a bunch of worker devices chained to a single AI overlord, as is the case now with things like Google Home and Amazon Alexa.

This ties back into the connectivity theme of the conference in that all of these AIs will be talking to each other, not just to you. Fears of emergent consciousness and AI hive minds aside, this is going to produce some unprecedented collaborations between systems we haven’t seen before and the potential for some radically innovative uses for this dynamic are limitless.

Curved Screens are the Next Big Thing

From phones to TVs, the curved screen is most definitely here to stay. Not just subtle curves either, we’re talking full-on, rolling up your TV like it’s a yoga mat curved.

Samsung, Hauwei, and Royole will all have foldable phones and tablets this year and LG debuted their mind-blowing new TV that will actually roll up and retract into a cabinet. Every vehicle that featured a smart dashboard system featured curved displays as well, to one degree or another.

We saw spherical video displays that can play 3D content in a compelling way, something that might not make for great TV, but if these things didn’t scream convention hall directory kiosk, nothing will. You can expect these to pop up in malls in the near future as navigation aids or as niche entertainment devices elsewhere.

Mobility is Becoming More Autonomous Thanks to Smart Cities

Throughout the conference, self-driving and AI-assisted driving were major features in nearly every vehicle, but 5G and V2I (vehicle to infrastructure) technology are going to unleash major innovations in urban travel.

Autonomous shuttles are going to become more sophisticated as these technologies expand the capabilities of shuttles to communicate with not only other vehicles, but pedestrians and city infrastructure as well.

Robots have gotten more and more sophisticated over the years and some of the robot technology that was showcased at the conference, like LG’s Clio, were impressive, but when a robot assistant gets upstaged by a roll-up TV screen, how revolutionary is that robot?

This seemed to be the fate of most of the robots at the conference, all of which seemed to get overshadowed by much more mundane technology. All of the robots were remarkable machines, from an engineering and technical perspective—OMRON’s FORPHEUS was a returning favorite among conference goers—but none seems to have that show-stopping power that we keep hoping they’ll have.

We’ll have to wait for CES 2020 to see if that changes, but if you’re a devoted fan of robotics, CES 2019 was another incremental step forward towards that breakout machine, but not the great leap forward everyone keeps hoping to see.

Quantum Computing is Almost Here, but Moore's Law is Dead

On the hardware front, Nvidia CEO Jensen Huang introduced the RTX line of graphics cards, which offer a major step up from earlier models thanks to ray tracing technology, but at the same time Huang also indicated that there wasn't much further chip makers could go with Moore's Law, saying the physical limit has been reached.

Meanwhile, or maybe just in time, IBM introduced their first quantum computer system designed for commercial use, the Q System One. If it lives up to its billiing, then we'll have entered into a new era of computing, possibly making the debate over Moore's Law less relevant than ever going forward.

Without a doubt, CES 2020 will see the full roll out of 5G connected devices and this will give us a better view of what 5G is actually capable of. Cities will continue to get smarter and AI will become even more important. VR/AR/MR should continues to grow and mature, and we’re all hoping 2020 is the year we all see the robot we’ll all want to buy on the spot.

Whether any of these trends from CES 2019 continue on into CES 2020, we’ll definitely see you next year when we report on all the latest from Las Vegas.