Charge your Cell Phone- from a Fan!

YouTuber KipKay designed an easy to build, portable charging device for your phone that is powered by a computer fan!

Going outdoors often means leaving your charger behind and risking that dreadful moment when your phone runs out of juice. You could bring a charger, but when you're on the move, it is a little difficult to keep it plugged in. There are other options, like portable solar panels- but they break easy and can weigh you down. Of course, there are also portable charging batteries, but again they die fast and simply do not look that cool.

The solution? An easy to build phone charger that uses a computer fan to charge your phone!

The fan is normally powered by a motor that is made out of a wire wrapped many times around into a coil. As electricity passes through the coils, a magnetic field is created which turns the electrical energy into mechanical energy, driving the motor. This concept also works in reverse: if the motor is spun, the magnetic field then creates an electric current which can be captured and used, for example, on a phone.

When strapped onto a bike, the wind blowing by spins the fan and creates energy that then goes directly to the phone. Kipkay demonstrates how to create this fun and incredibly easy project for cheap- and the best part is it is useful for all kinds of trips! The project can be assembled in under an hour and costs under US $10!

This inventive idea could be improved by waterproofing it and using it in a river as a small generator, or if you collected enough (probably thousands), you could put them on your roof and power your house off of them! Although, it would probably be easiest to stick to the fundamentals and use it as a fun project and for smaller things such as charging your phone. At any rate, this project is incredibly fun and useful, but don't take my word for it- test it out yourself! 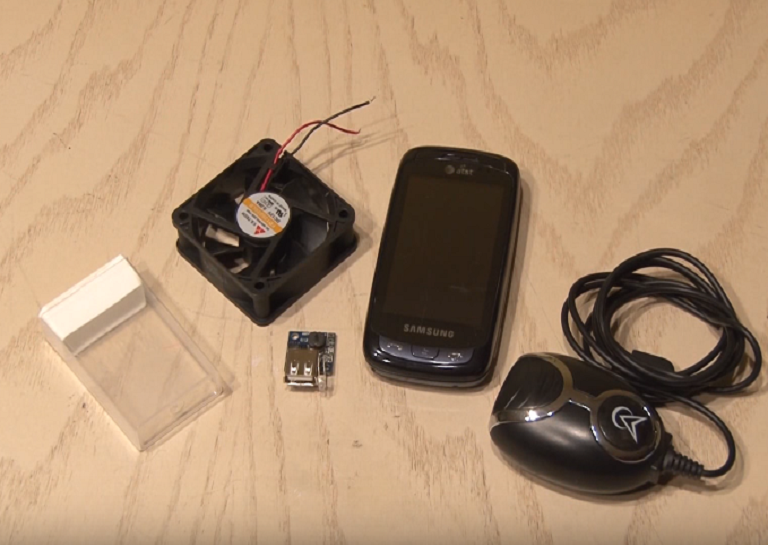