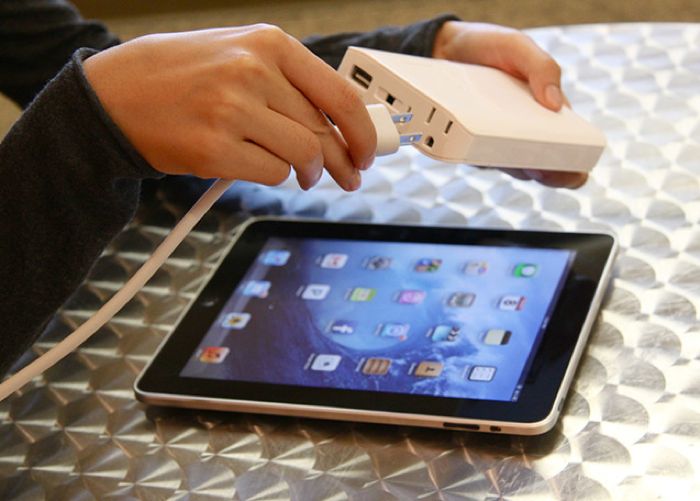 Have you ever wished you could take the wall outlet on the go? ChargeAll gives you the power to do things you never thought possible; power up and charge your cell phones, tablets, digital cameras, fans, curling irons or desk lights! Yep, you read that right, curling irons! It’s so small and compact you can literally put it in your pocket, your purse or your backpack.

So how small you ask. Well there are two versions with the smallest, the Portable, coming in at 6 x 4 x 1 inches (15 x 10 x 2.5 cm) and packs a 1200 mAh battery; the bigger version, the Powerful, has 1800 mAh. The pack features a 120 volt wall plug outlet as well as a USB outlet and is the type of battery that is almost becoming standard everywhere, the lithium-ion.

ChargeAll claim that you can charge your laptop multiple times on a single full charge of the device, however, it won't be able to power large devices and is recommended to not plug in anything over 85-90 W. This should be good enough for most of your hand held and portable devices. 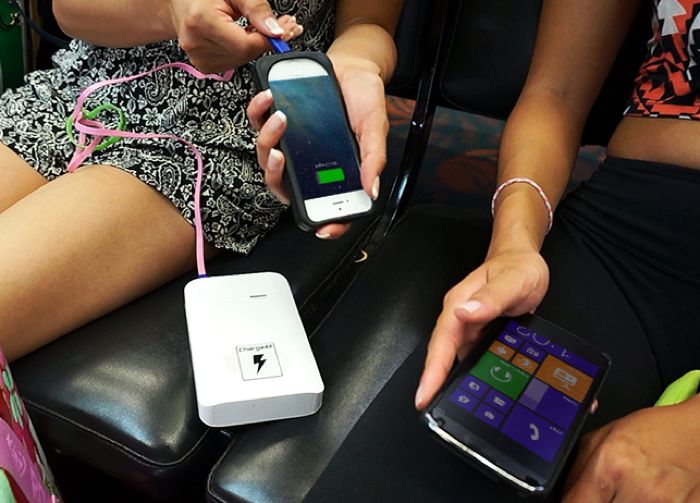 7 highly functional portable freezers for your next outdoor adventure