Do you struggle with chemistry? This interactive periodic table gives you detailed information about the elements. But it's not the usual boring details like atomic weight. It lets you know exactly where the element occurs and its uses.

Countless students flounder in chemistry courses each year, wracking their brains for ways to memorize the periodic table. This interactive table should make that process a lot easier and a lot more fun than rote memorization.

We all know something about common elements like oxygen, iron, titanium, calcium and potassium. But what about the fame-less but equally as important elements? For example, who remembers the atomic number and the usage areas of the rubidium? What about Yttrium? Osmium or tantalum? If you're not into chemistry, understanding elements can be hard.

Check out the Interactive Chart here 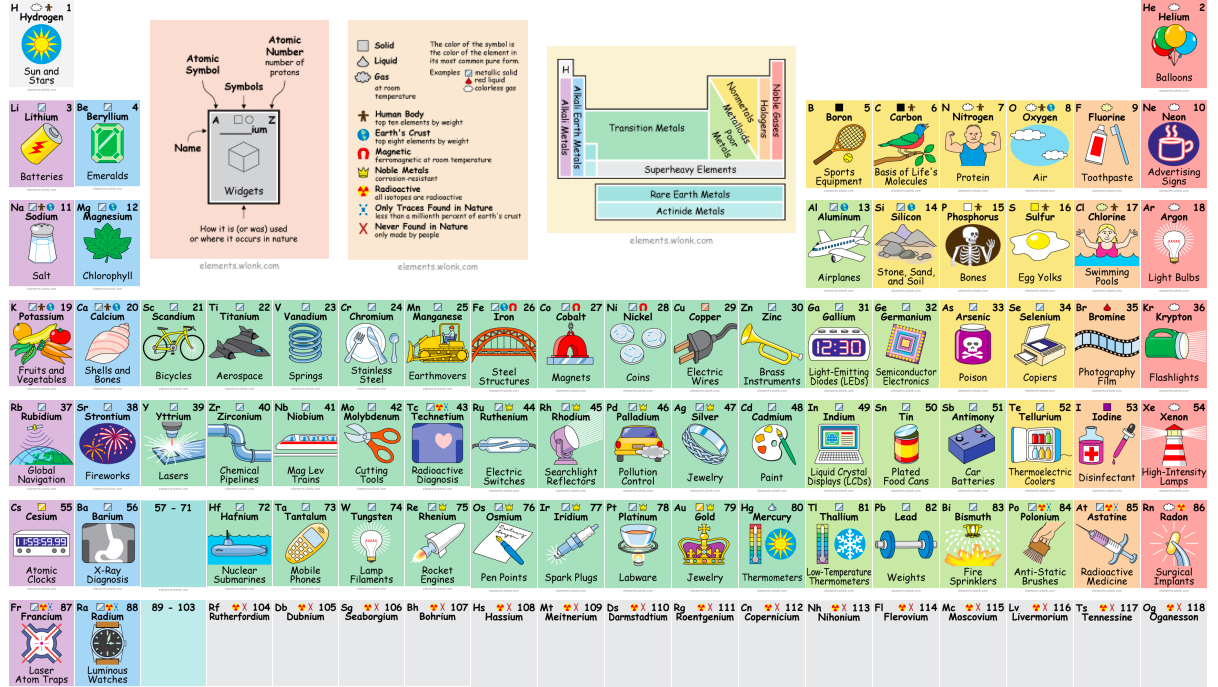 Keith Enevoldsen from elements.wlonk developed this wonderful periodic table. Furthermore, you can test yourself and make a brain gym wherever you hang on, by print the chart that you can;

The main boxes of the each element include the name, atomic symbols, atomic weight, and widgets that detail the natural occurrences.

Color-coding also helps users categorize the elements. Small symbols pack in additional information as solid/liquid/gas, the color of the element, and rarity.

However, it's not puzzling kids with too much information. Additional info panels describe the chemical bonding, structure, and radioactivity. 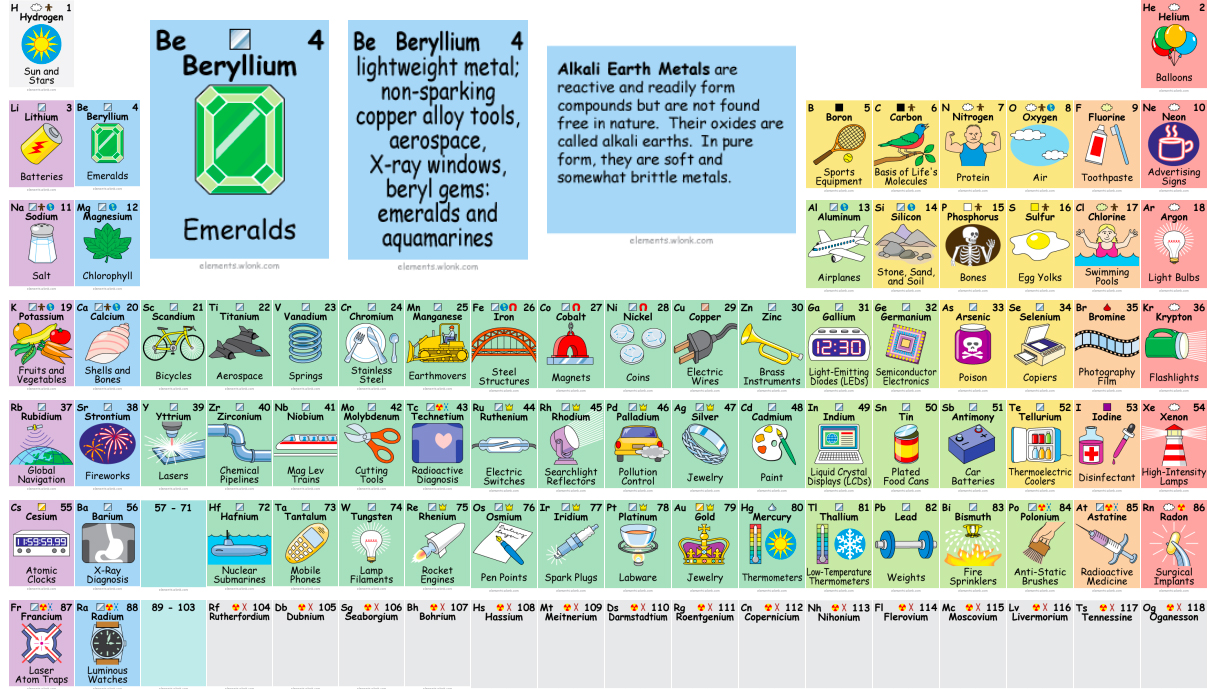 "This chart shows what the universe is made of. It shows all the elementary particles in the standard model (SM) of particle physics, and many non-elementary particles too. It starts with the basics: an atom contains a nucleus of protons and neutrons, which are made of quarks. The chart organizes all the primary particles and classes of them" like:

"This color-coded chart shows what atoms look like. This chart shows all the fundamental atomic and electron orbitals as electron probability density distributions (fuzzy clouds), which is close as you can get to visualizing what an atom really looks like. The orbitals are labeled. It describes other ways to visualize atoms namely, electron orbits (like planets) and surfaces of constant probability (bulgy blobs). It has a small periodic table showing in which order the electron shells are filled."

Enevoldsen updates the chart whenever a new element gets approved by IUPAC. He recently updated in late 2016 with new element names, 113 Nihonium (Nh), 117 Tennessine (Ts), 115 Moscovium (Mc), and 118 Oganesson (Og).

Have fun exploring the elements!