Many sophisticated spacecraft, satellites, rockets and other intergalactic technologies are being developed to help our species progress in our pursuit of space travel. However, a team of engineers from NASA's Jet Propulsion Laboratory (JPL-Caltech) is taking a different avenue to contribute to aerospace technologies by developing an advanced space fabric that can be used for many outer space activities. 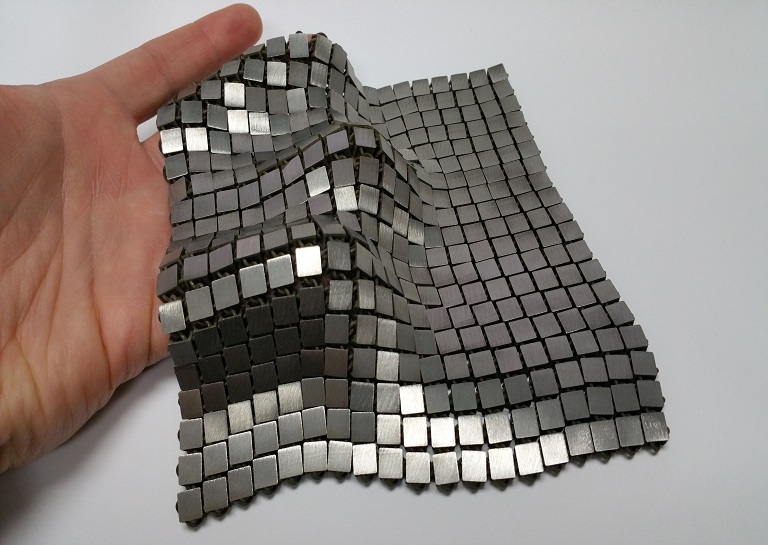 This so-called space fabric consists of small silver squares woven together which, to me, looks like a patch of a knight's suit. The fabric prototype that the team has developed was not sewn or hand-made, instead, it was printed as one piece with advanced technologies. The additive manufacturing technique, or better known as industrial 3D printing was required in order to manufacture this advanced space fabric. One advantage of 3D printing is that it reduces the cost of manufacturing and diversify the type of materials that can be made. 3D printing does this by depositing additive materials into layers to build up the designed object.

"We call it '4-D printing' because we can print both the geometry and the function of these materials. If 20th Century manufacturing was driven by mass production, then this is the mass production of functions."

Designing an advanced space fabric all at once is expensive and difficult to achieve. Andrew Shapiro-Scharlotta from JPL's funding office who supports early-stage technology research, suggests a possible cost-cutting method of developing advanced materials.

"We are just scratching the surface of what's possible. The use of organic and non-linear shapes at no additional costs to fabrication will lead to more efficient mechanical designs." 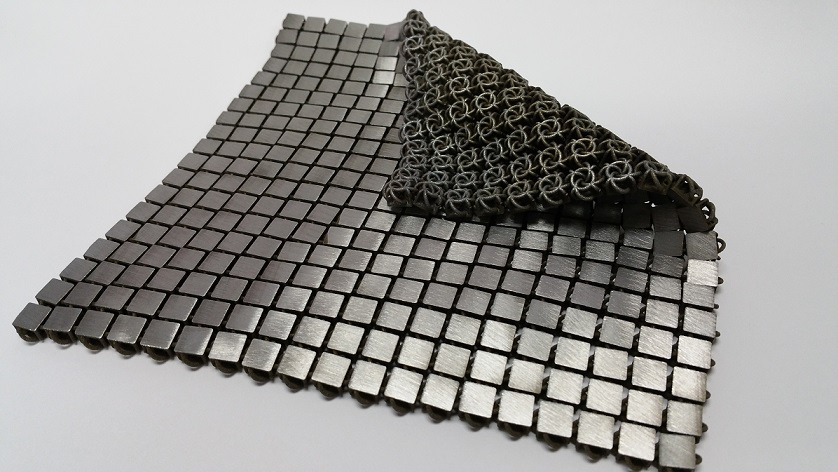 Being an advanced space material, the hi-tech fabric possesses reflectivity, passive heat management, foldability, and tensile strength. The space fabric can control thermal fluctuations as one of its sides reflects light and in turn, the other side absorbs it. Moreover, the fabric's flexible nature allows it to fold in various ways and adapts well to complex shapes while still retaining its ability to support the force pulling on it.

Some of the potential applicational use of the space fabric are for large antennas and other deployable devices as it can fold according to requirements and quickly shift in shape. It is also envisaged to act as a fabric cover to shield spacecraft from meteorites or for capturing objects on another planet's surface. One potential ambitious use for the space fabric is to insulate a spacecraft that may be deployed to Jupiter's icy moon, Europa, in the future. The fabric would act as "feet" that wouldn't melt the ice it will pass through and the flexibility of the fabric means it can adapt to rough and uneven terrains.

Looking ahead to the future

Polit Casillas also co-leads JPL's Atelier, a lab workshop that rapidly prototypes advanced concepts and systems. They continue to conduct active and collaborative attempts to incorporate different technologies and come up with new concepts such as 4D printing. Pilot Casillas shares his positive ideas about the progressive printing technology of his team.

"I can program new functions into the material I'm printing. That also reduces the amount of time spent on integration and testing. You can print, test and destroy material as many times as you want."