Two Norwegian companies are coming together to craft the world's first self-driving, zero-emissions ship. Overall, the companies estimate the container ship will cut the same emissions of roughly 40,000 trucks per year. The watercraft resulted from a merger between ship operations company Kongsberg and the chemical company YARA. 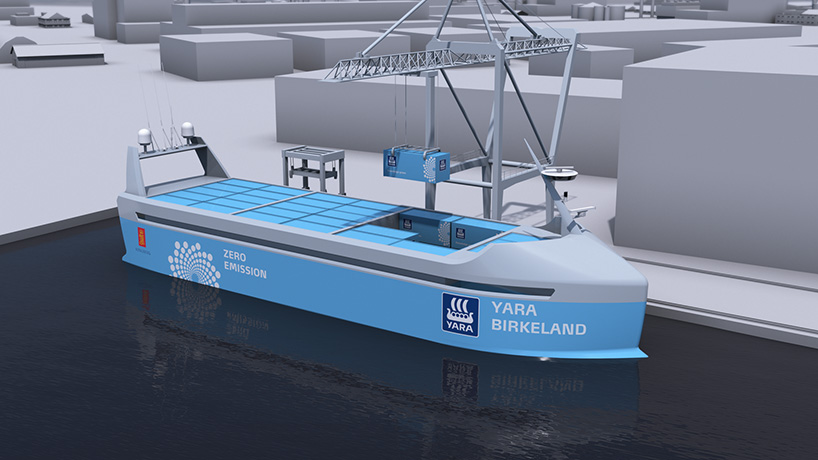 The 100 percent electric vehicle is called the Birkeland -- named after YARA's founder Kristian Birkeland. YARA currently exports 20,000 containers to international markets via trucks. The company decided to save petrol by creating the Birkeland and traveling by water rather than by land.

YARA's CEO and President Svein Tore Holsether explained why now is the perfect time for the boat:

"Every day, more than 100 diesel truck journeys are needed to transport products from YARA’s Pprsgrunn plant to ports in Brevik and Larvik where we ship products to customers around the world," he said in a statement. "Now, with this new autonomous battery-driven container vessel we can move transport from road to sea. this reduces noise and dust emissions, improves the safety of local roads, not to mention reducing the negative impact on the environment." 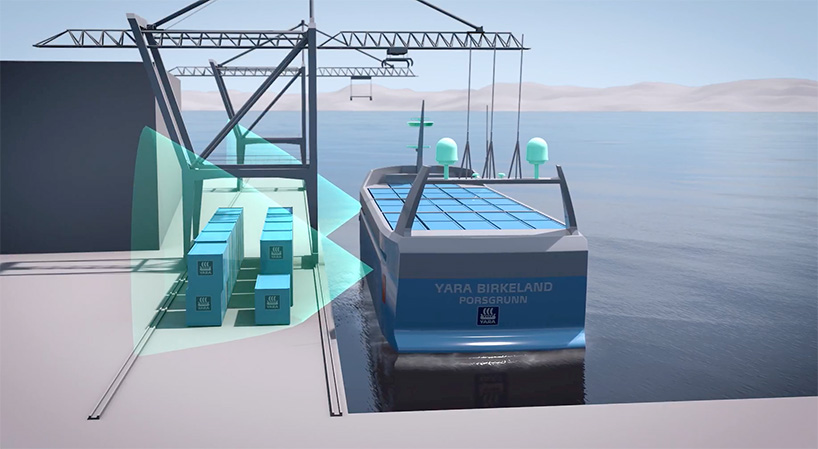 The ship also lacks a ballast in hopes that it will have the absolute lowest impact on the environment possible. The Birkeland will be manned in the first years out. However, its makers say it will be completely autonomous by 2020 at the latest. Kongsberg CEO and President Geir Håøy said self-driving machinery serves as a crucial upgrade for the company.

"Developing systems for autonomous operations is a major opening and natural step for KONGSBERG, considering our decades of expertise in the development and integration of advanced sensors, control and communication systems for all areas of ship operations," he said. "YARA Birkeland will set the benchmark for the application of innovative maritime technology for more efficient and environmentally friendly shipping." 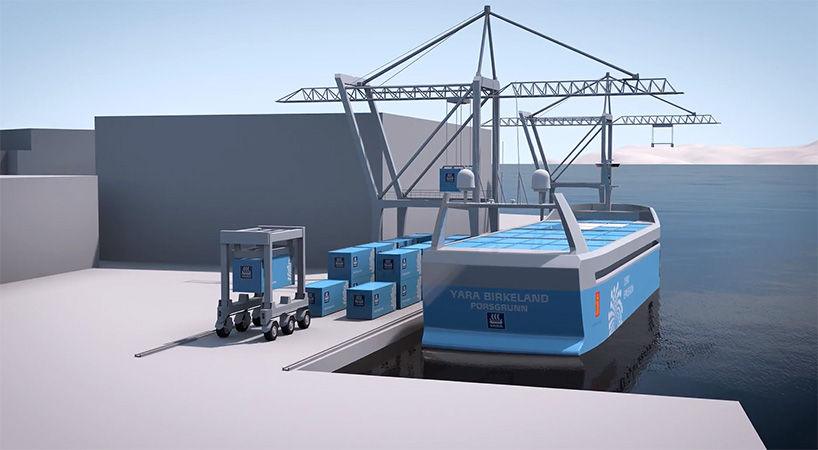 Boats supply some of the biggest problems in both CO2 emissions and pollution into aquatic ecosystems. While the numbers have decreased slightly, not much has changed in over a decade of research. In 2009, the Guardian noted how in just one year of operation, a standard large-scale shipping container emits as many pollutants as 50 million cars. The Birkeland could be a key step in the right direction for the waterborne shipping industry.

Improving boating and its energy usage is certainly one way to reduce a boater's carbon footprint. However, one group looks to do something a bit more unique. The Ocean Foundation's Seagrass Grow initiative does a carbon offset program. Simply input your watercraft's carbon footprint data and the group will plant a seagrass meadow that would "compensate" for the chemical expenditure. (Seagrass Grow does take into account biological and environmental factors, making sure the seagrass habitats would benefit rather than be a detriment to an ecosystem.) The group focuses its efforts in replanting areas that have been damaged by propellors and excessive anchor dropping.

SEE ALSO: This Small Village of Upside-Down Boat Houses Could be Your Next Holiday Destination