A new paper published by scientists at the University of Nottingham shows that chemicals found in every household are partially responsible for fertility decrease.

Male infertility crisis is a term describing the swift drop in sperm quality what has been observed and studied by experts over the last forty years. We are speaking about a frightening fifty percent decrease when looking at the data collected through the past eighty years.

Now, recent work by a group at the University of Nottingham reveals the role of some widespread household chemicals in this undesirable phenomena.

Prior to the current investigation, the Nottingham team showed a sharp decline in domestic dog sperm quality. Now, the research unit investigates sperm from donor men as well as from stud dogs living in the same region of the United Kingdom to discover whether those patterns match. 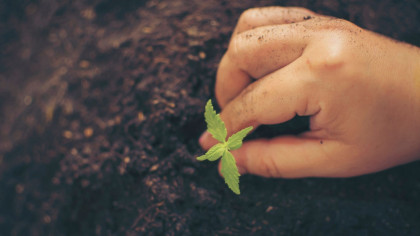 In the paper they published in Scientific Reports, they reveal that there are two commonly detectable contaminants in the focus of the scrutiny. One chemical, called DEHP, is a usual plasticizer used in clothes, toys, and carpets to name only a few.

The second chemical is polychlorinated biphenyl 153, which is, yet banned globally for a while now, still detectable in various surroundings, for example, in our food.

The study shows that the aforementioned chemicals have the same damaging effect on both man and dog sperm. Associate professor Richard Lea, the leader of the research affiliated at the School of Veterinary Medicine and Sciences, says:

"This new study supports our theory that the domestic dog is indeed a 'sentinel' or mirror for human male reproductive decline and our findings suggest that human-made chemicals that have been widely used in the home and working environment may be responsible for the fall in sperm quality reported in both man and dog that share the same environment.”

Scientists worldwide are trying to answer the question: ‘What exactly is responsible for such a rapid decline?’

An interesting additional fact is that the quality decrease is the fastest and most rampant in the so-called West, developed world; while it is not close as serious of a problem in the so-called developing countries.

And despite the question is yet to be answered, one thing stands out: since people living in the developed countries were the first to widely access the new technologies and all the benefits they have brought.

It seems to be that this is not only a good thing. The race for making more profit often pushes companies to use artificial products what could not be tested for long-term hidden risks, just to remain in the ever-harder competition. The knock-on effects of yesterday’s inventions, though, already started to reveal their often negative impacts.

Thus today’s scientists have to succeed in a double battlefield: inventing new products with minimal environmental risks, and fighting the aftermath of their less careful predecessors.

As the leading British newspaper Guardian stated in a long read in 2017, fortunately, we are far from the scenarios depicted in nowadays popular dystopian science fictions like Children of Men, or The Handmaid’s Tail.

Albeit, we need to build a future what is more conscious about chemicals while reducing the unwanted knock-on effects of the ones made earlier as much as possible.