Elevated levels of enteroviruses may be linked to Type 1 diabetes.

Prolonged viruses in the gut could lead to Type 1 diabetes. New research from the Center for Infection and Immunity (CII) at the Columbia University Mailman School of Public Health and the University of New South Wales, Sydney, Australia, shows an association between elevated levels of enteroviruses in the intestinal tracts of children and islet autoimmunity, a precursor to Type 1 diabetes.

60 percent of newly diagnosed cases of Type 1 diabetes in Australia are in children and people younger than 25 years.

The collaborating researchers examined blood and feces collected from 93 children as part of the Australian Viruses In the Genetically at Risk study (VIGR), a prospective birth cohort of children with at least one first-degree relative with Type 1 diabetes.

Viruses abundant in children with a precursor to Type 1 Diabetes

The examination of fecal samples showed 129 viruses that were more prevalent in the guts of the children with islet autoimmunity versus their matched controls. Among the 129, five enterovirus-A viruses were significantly more abundant.

More research is needed to determine which of these viruses is linked to islet autoimmunity and Type 1 diabetes. Interestingly blood samples did not show the same association between enteroviruses and islet autoimmunity. This is likely because the blood has the ability to clear the body of viruses faster than the gut.

Study could be a big step to better understanding of diabetes

The paper appears in the journal Scientific Reports. Scientific attention has turned towards our guts and digestive system lately with several new studies showing links between gut bacteria and other health issues.

A recent study has found that people with depression had low levels of the good bacteria known as Coprococcus and Dialister whether they took antidepressants or not. 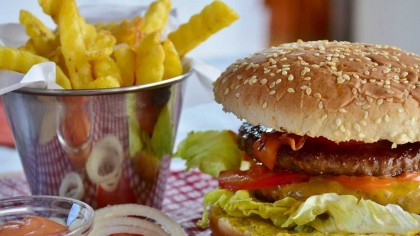 Lead researcher Jeroen Raes found that the presence of the bugs Faecalibacterium and Coprococcus were more common in the guts of those that reported having a high mental quality of life.

Inversely those suffering depression had low levels of both Coprococcus and Dialister. The study doesn’t suggest that poor gut health causes depression, rather mental health issues can have serious effects on digestive and gut health.

However, in follow up studies the researchers have discovered that gut microbes have some ability to talk to the human nervous system by producing neurotransmitters that are crucial for good mental health.

Both diabetes and depression studies show that our bodies are operating much more interlinked than we might give it credit for. Thinking of your body as a whole system seems to be key to understanding more specific disorders.

10% of Hospitalized Coronavirus Patients with Diabetes Die within a Week, Study Shows

Become Your True Self with Lumen the Metabolism Tracker