The Apple iPad can be a great educational system for older children and it is soon to become even better thanks to a Crowdsourced app from Tangible Play that aims to encourage real world play. Osmo is able to turn any Apple iPad into a brand new gaming platform that children can use by combining objects in the real world alongside digital games.

A game is played on the Apple tablet and the game pieces that come with that game can be used physically for playing. The pieces in the game do not actually communicate with the game, it doesn’t use Bluetooth for instance, what it does is the game will use the feed from the camera of the iPad to tell what the player is doing. 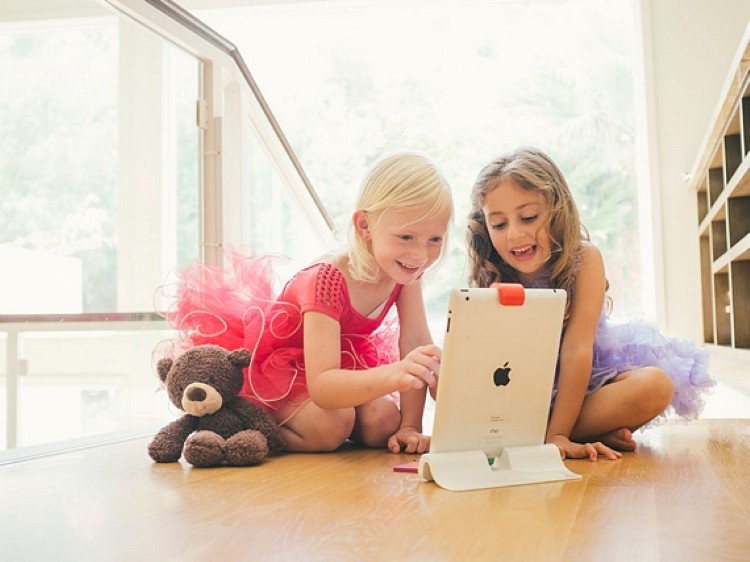 Osmo will work with any iPad, including the iPad Mini and it doesn’t need any batteries or other electronics. The system comes with what Tangible Play call “reflective artificial intelligence, which is ground breaking and which can bridge the gap between the digital world and the real world, offering unlimited possibilities for playing.”

The Osmo has a stand that keeps the tablet upright and a reflector mirror that clips onto the front facing camera on the iPad. This means that it can capture what happens to be going on in the game below it. This in turn means that it can transform any surface, such as a table top, in front of the tablet into a gaming table. This is all the equipment that is needed and a game can then be launched on the iPad. 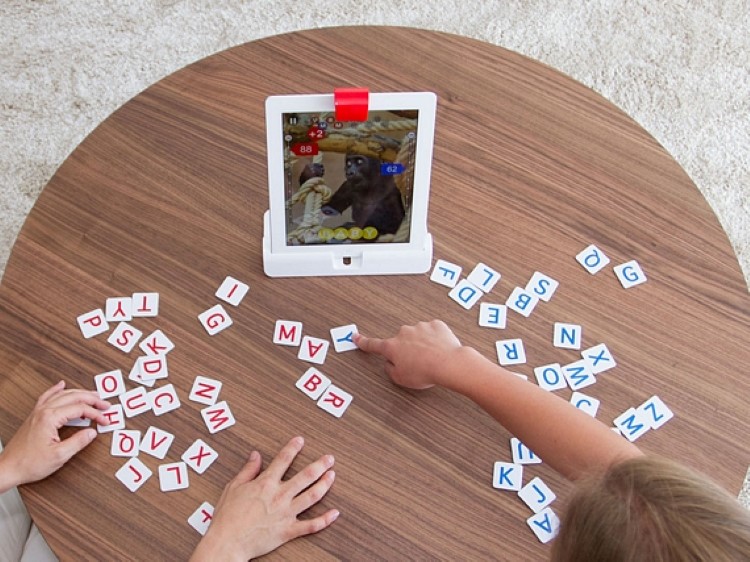 The Osmo will launch with three games called Newton, Tangram and Words. As you might expect, the game Words is a word game, in the style of the old Hangman game. Players have to complete words using the letters on the tiles, which are arranged on the table or surface you have chosen to play on. Tangram is played with coloured tiles and these vary in shapes, which have to be matched to the figure that is shown on the display of the Apple iPad. Newton is a game which teaches children about physics, in which the player needs to lead a ball that is falling on the screen to reach the intended target. The player needs to get it to the destination by drawing a series of platforms on paper while it is falling down. Along with this the player has to move paper that has pre-drawn figures. In this game players can use an object in the vicinity of the playing area and this will control where the ball falls. 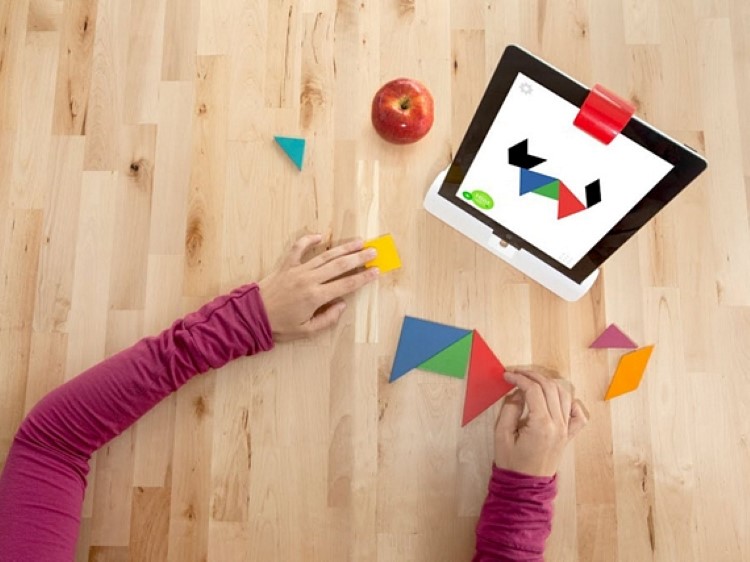 While the Apple iPad has many educational apps suitable for children in the Apple Store aimed at teaching children through games, the Osmo system adds a new level as it can turn it into a table top gaming device. The Osmo can be pre-ordered now and it will be shipped during the fall at a cost of $49.