Nuclear power has quickly become a major energy source for many companies as the shift off of fossil fuels has driven innovation in recent years. Past disasters and the evironmental and human health risk constantly overshadow nuclear power generation, and those are perhaps the main factors that currently hold the industry back. Instead of building nuclear power plants close to people and on shore, why not send them out to sea? This is exactly what china is planning on doing , as the are building a set of 20 mobile ship-mounted nuclear power generators.

According to Gizmodo, these crafts would provide energy to the grid of remote locations in the South China sea. This area has been in a heat of controversy lately between China's island expansion and construction in the area amid U.S. fears of conflict involving the nearby close U.S. ally the Philippines. Regardless of political and military issues, these new nuclear plants may provide remote and sustainable power to hard to reach places.

The main concern surrounding these nuclear ships is safety. Even though the plant will potentially be in the middle of the ocean away from people, this leaves it susceptible to storms which due to damage, may have major environmental impacts. 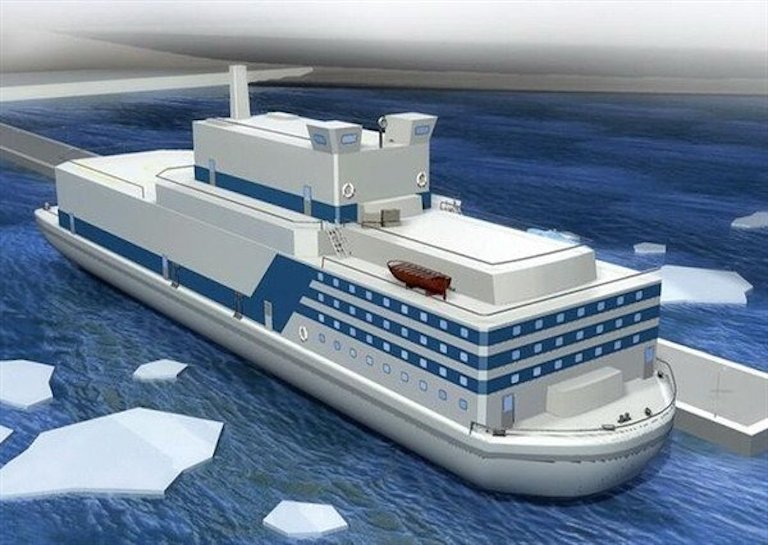 Safe mobile nuclear power certainly exists, as the U.S. Navy and other larger militaries use nuclear power in submarines and aircraft carriers. The timeline on this project is short; the first power plant is expected to roll into operation by 2018, according to People's Daily, China. So what do you think the of these floating solar power plants and the potential safety risks they may pose? Let us know in the comments.