The failure represents a setback in President Xi Jinping's quest to make China into a "space flight superpower" by 2022.

A Chinese carrier rocket meant to be the country's response to SpaceX failed to reach orbit in its first flight.

A Beijing-based company called Landspace built the ill-fated three-stage rocket known as the Zhuque-1. The company took to a short blog post to admit the first and second stages of the craft did not reach orbit due to the third stage's failure.

“Before Zhuque carrier rocket was launched, its mission was already completed,” the company said in the post on Saturday. However, the company didn't give out more details about the mishap. They also gave no indication as to when a second attempt to launch the satellite would be made.

Most fans of SpaceX or Elon Musk are familiar with the big named competitors within the United States like Jeff Bezos's Blue Origin. However, little is known about attempts to send privately-funded satellites into orbit from the Chinese or other international teams. 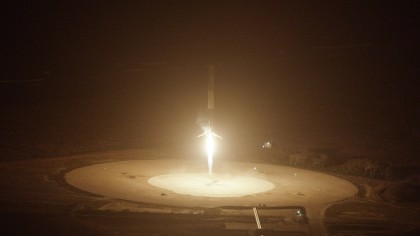 The attempts to improve the space program from the Chinese are largely traced back to President Xi Jinping himself. In 2012, the president said he wanted to become a "space flight superpower" and send a manned space station into orbit by 2022.

Failure isn't a surprise for anyone who kept up with the early years of SpaceX. CEO Musk even pieced together a compilation video of SpaceX's biggest failures through the years.

This story is ongoing. Interesting Engineering will continue updating this story as more information becomes available.