China has plans to implement a weather modification system that will intercept Indian Monsoon clouds.

China is planning the implementation of a large-scale weather changing project to ensure a consistent rain supply. The system is created from a network of solid fuel burning chambers that produce silver iodide, a compound with a structure much like ice that can be used in cloud seeding.

This is the world’s biggest single weather changing project ever attempted. The system relies on small low-tech chambers which burns solid fuel that produces silver iodide.

As wind sweeps up the mountain, the particles are swept up into the air where they form rain clouds. The system has been developed by China’s state-owned Aerospace Science and Technology Corporation.

The burning chambers have been designed by space scientists who needed to find a way to efficiently burn the high-density solid fuel in the oxygen-scarce environment at an altitude of over 5,000 meters (16,400 feet).

The current design of the chambers is so precise that it can reportedly burn for months without maintenance and emits only vapors and carbon dioxide, which allows them to be used even in environmentally sensitive areas.

The system was originally developed by the corporation as part of China’s defense program. China, the United States, and Russia have all reportedly developed weather changing technology to possibly hinder opposition in times of warfare.

Research by the countries has occurred in developing ways to increase the chances of drought, flood or other natural disasters. The Aerospace Science and Technology Corporation recently signed an agreement with the Tsinghua University and Qinghai province to install the weather modification system on a large scale.

The collaboration will bring the knowledge of the burning fuel chambers together with research carried out by the university in 2016 that explored ways to intercept Indian Monsoon rain clouds coming over the region. If successful the system will increase the water supply by five to 10 billion cubic meters a year.

President of the aerospace corporation, Lei Fanpei, spoke of the importance of the project saying, “[Modifying the weather in Tibet] is a critical innovation to solve China’s water shortage problem. It will make an important contribution not only to China’s development and world prosperity, but also the well being of the entire human race.” 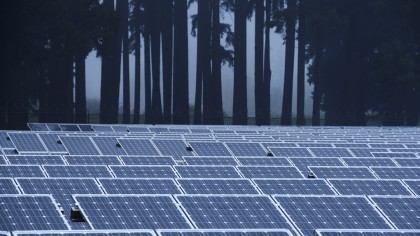 China has used weather altering technology for various reasons, most famously to keep the opening ceremony of the 2008 Olympics Games free from rainfall. In that case rockets loaded with silver iodine were fired at clouds to ensure they dropped precipitation before they reached the capital.

The relatively low-tech nature of the Tibetan Plateau project means the costs are kept down, while still being able to get high quality, accurate data. All communications and other electronic equipment of the proposed system is powered by solar energy.

Each chamber is able to be monitored and controlled by a smartphone app. Many of the details of the project are being kept under high security and no launch date is yet known.