Researchers hint that China might be on track to add a new high-performance maglev train to its railway system.

China is known around the world for its impressive railway system and incredibly speedy trains. Researchers recently confirmed to the newspaper Global Times that a super maglev train is currently in the works. Once completed, the train is expected to travel at speeds up to 1,000 km/h.

The high-speed rail system in China remains one of the most impressive feats of civil engineering within recent decades. The network of passenger railways can travel between 250 - 350 km/h (or 155 - 217 mph), and it covers 29 of the country's 33 provinces.

According to professor Deng Zigang and his team from the Southwest Jiaotong University, a proof-of-principle prototype is ready for testing with a track. Deng told the China Central Television and other media outlets that the train leverages two unique technologies -- maglev and tube transport.

Maglev makes wheel-rail friction virtually nonexistent while the tube transport removes air friction, Deng noted. And if tube transport sounds familiar (especially to those who keep up with Elon Musk), it's because it's similar tech that would be applied to a hyperloop system. Deng published early work on "a super chute" back in July 2014 via IEEE.

Using the information and ideas published by Deng in 2014, the team has since slashed air pressure down to 2.9 centibars (2.9 kilopascal of pressure). This is significanly lower than the standard atmospheric pressure of 101 kilopascals, Global Times noted.

If made possible, the supertrain would top out at speeds comparable to Elon Musk's Hyperloop technology. Currently, Musk's hyperloop would reach top speeds of 700 mph (just over 1,000 km/h).

However, the technology hasn't been well-received by everyone. Technical problems and safety considerations haven't been completely taken into account, according to railway expert and professor

"The train has to be able to stop whenever needed," Sun told the Global Times on Sunday. "It can be achieved in the open air using air resistance, but could it be an issue in a vacuum tube where no resistance exists?

"What if the tube breaks and air enters the system? That could be another problem," Sun continued. 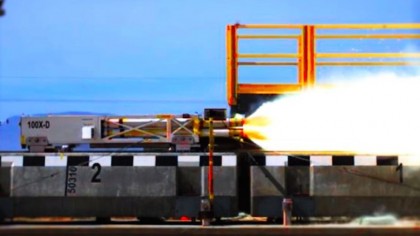 The last major addition to China's high-speed rail system was in August 2017, just over six years after a fatal crash cause China to reevaluate its rail service and cap its top speed. The latest addition helped China cement its spot as the world leader in bullet train technology. The new train called "Fuxing" or "Rejuvenation," has an operating speed of 217 mph and a top speed that edges out Italy's AGV Italo at 225 mph.

In terms of maglev technology, a Japanese train still holds the world record. The train topped out at 603 km/h (375 mph) in 2016 on an experimental track. While the Japanese train is the fastest on record, China remains the leader in operating the world's fastest commercial maglev.

By comparison, current Amtrak trains top out at 150 mph (despite the fact that most run considerably slower).