China marked a major milestone as the country launched its largest rocket to date. 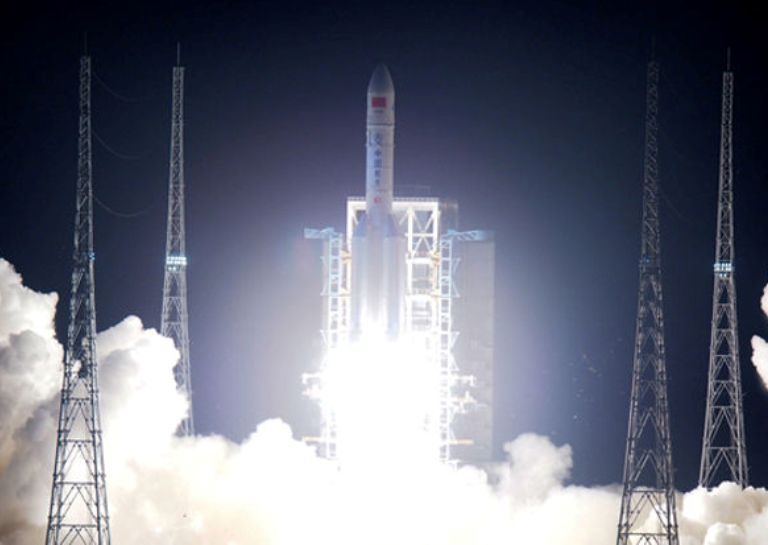 The rocket allows China to send heavy payloads into space. The country hopes to send sections of future space stations, starting with a 20 metric ton core in 2018.

Long March 5 can put 25 tons into a low-Earth orbit and 14 tons into geostationary orbit (36,000 km) above Earth. These stats put the Chinese rocket in the same distinction as the U.S.'s most powerful rocket - the DeltaIV Heavy.

Long March 5 has four boosters, stands at 57 m tall and weighs 869 tons. The specifications of the rocket were so large that a new launch center had to be constructed to accommodate it. Transporting the pieces of the massive rocket required two new ships to be built to transport it from Tianjin to Hainan.

The China Aerospace Science and Technology Corporation, a government-funded agency, said the Long March 5's fueling could be a step toward cleaner rocket fuel trends:

"Following the design principal[sic] of generalization, serialization and modularization, the LM-5 uses non-toxic and non-polluting propellants such as liquid hydrogen, liquid oxygen and kerosene, etc. The modularized design can reduce launch costs and improve reliability, possessing strong adaptability and competitiveness in the market."

The rocket launch shows favorable progression in an otherwise stagnant space program. China plans on launching its first independent planetary mission to Mars in 2020. The mission includes an orbiter, lander and rover all in one launch.

Two other rockets preceded the Long March 5 into orbit. The Long March 6 launched in September 2015, and Long March 7 debuted this past June.

You can watch the launch of the U.S.'s Delta rocket below for a scope of the Chinese launch: