Based on figures reported from last year’s World Internet Conference in China, there is strong evidence that the gamble China has been taking in the last year to support and increase efforts behind AI research and development have been paying off.

In a data report compiled by the Global Artificial Intelligence Development Report reflecting quarterly figures from 2012 to 2016, China is seen in a clear second-place position behind the United States. The data, which was reported by the China-based think tank Wuzhen Institute, ranks the top ten countries in Artificial Intelligence globally in three areas: AI funding, number of patents and number of companies. Most significant is China has surpassed the US in the ranking of new patent applications and licensing.

The data had been shared as part of the Third World Internet Conference from November 16 to 18, 2016, an annual event always held in Wuzhen, Zhejiang Province. Recent rampups in AI-integrated curriculum in universities as well as deep-learning algorithms show that various members of civil society are also actively engaged in making their contribution, perhaps spurred by the official statements of support that have been coming from the government.

The biggest contribution from the commercial sector was the commitment from e-commerce titan Alibaba in the form of its AI hub named “City Brain”, a data hub that envisions smart cities.

The compelling metrics also reveal a lot about the serious commitment by industry leaders and government officials in China to develop AI technology. In a number of official statements delivered in the last year, the message is unmistakable—the signs are everywhere.

This year on March 5th in his government work report for the country, Premier Li Keqiang offered his vision of China’s plans to assumer a bigger role in global technology leadership at the 12th National People’s Congress in Beijing:

"We will accelerate R&D on and commercialization of new materials, artificial intelligence, integrated circuits, bio-pharmacy, 5G mobile communications, and other technologies, and develop industrial clusters in these fields."

The spectre of AI’s influence in the manufacturing and production sectors is a reality in many countries; however, with China’s aging population and the economic as well as labor cost challenges that will accompany it (the economy has thrived in part due its reliance on cultivating and sustaining a cheap labor force), the technology could offer some creative solutions. 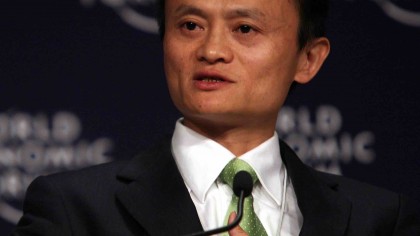 In relating the impact of China’s inevitable AI development on the robust workforce in the country, President Xi Jinping offered a very candid forecast on July 7th of this year at the 12th G20 Hamburg Summit held in Hamburg: “According to the projections of the World Economic Forum, artificial intelligence will wipe out more than five million jobs in the world by 2020, requiring adherence to the principle ‘AI for the people, by the people’.”

The country is a making a very smart bet on developing AI, though, "In terms of advanced technologies in AI, China may still need a long time to develop and then surpass the US," according to Ziming Zhao, an internet consultancy analyst.

Only time will truly tell how far China will go in terms of AI R&D, but one thing remains clear: the country has an undeniable talent for responding to the rapid series of dynamic changes it continues to undergo.