Some of China’s most influential leaders and scientists condemned the work of researcher He Jiankui.

Chinese authorities recently told genetics researcher He Jiankui to stop all work after he made global headlines by claiming to create the world’s first gene-edited babies. Leaders said the controversial project violated Chinese law, according to state-owned media.

“The genetically edited infant incident reported by media blatantly violated China’s relevant laws and regulations. It has also violated the ethical bottom line that the academic community adheres to. It is shocking and unacceptable,” Xu Nanping, a vice-minister for science and technology, said on Thursday.

He, an associate professor at the Southern University of Science and Technology in Shenzhen, announced he worked with parents to edit the genes of seven embryos.

Two of those embryos resulted in the birth of twin girls named Nana and Lulu. He claimed he spliced the genes to become more HIV / AIDS-resistant.

The university said it put the researcher on unpaid leave in February and that it would investigate the matter further.

He’s research led to a number of his peers calling the project unorthodox, unmeasured, and unrestrained. Even international researchers who knew him were surprised by the announcement.

William Hurlburt was one such industry peer. The Stanford University bioethicist said he’d stayed in touch with He since a bioethics conference last year.

“I knew that was his long-term goal. I just didn’t think he would push so imprudently,” Hurlburt told the Guardian. “I worried his enthusiasm for what he was doing was so high that he might proceed faster than he should … Now the door is open to this and will never close again. It’s like a hinge of history.”

He, however, continually supported his work despite his peers’ statements. The researcher appeared before a global summit in Hong Kong where he talked further about his project. He also announced that “another potential pregnancy” of a genetically edited embryo could be in development. 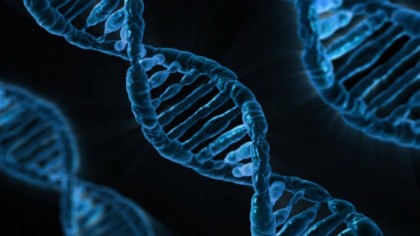 That answer wasn’t good enough for a lot of the conference attendees.

“How can a scientific experiment with so many uncertainties be kept as a secret for such a long time?” asked He Kaiwen, a researcher at Interdisciplinary Research Centre on Biology and Chemistry in Shanghai.

He Kaiwen was one of a group of more than 120 scientists who released a statement condemning He’s work. “This shows that there’s huge problem with the transparency of scientific research.”

“This is a completely new situation. This question is one we have never faced before,” she concluded.

China and its role in CRISPR technology

When He returned to China in 2012 after studying gene editing in the US, China had become primed to revolutionize gene editing.

China is one of the few countries to ever test its CRISPR-Cas9 technology on humans. Since 2015, Chinese cancer patients can receive treatment with edited DNA cells.

The regional governments of Beijing also include genetic editing technologies as part of its larger tech/science plans for the next several years.

China’s regulations don’t specifically stop testing involving gene editing. The only document outlining the rules surrounding gene editing projects is an ethics guideline from 2003. There are no specific repercussions of violating those guidelines, the Guardian noted.

Bioethicists often referred to genetically engineering children as “designer babies,” implying gene editing could give parents the freedom to go too far in customizing their children.

Interesting Engineering will continue to monitor this story as more develops.

Russia Disconnected Itself From Global Internet in Tests