The country has had an aggressive AI growth plan in the last few years. This new program will serve to provide local talent for China's quickly developing AI industry.

The Chinese Ministry of Education has launched a five-year university program for Artificial Intelligence (AI) talent training to meet the country's growing demand for AI experts. The ambitious program is set to train at least 500 teachers and 5,000 students.

The plan, entitled the International AI Training Program for Chinese Universities, is a collaboration between a variety of stakeholders such as government bodies, private companies, and universities including Sinovation Ventures, a Chinese technology investment firm, and Peking University. The program will see eminent AI experts invited to train at first 100 teachers and 300 students.

Among the experts to partake in the program are A.M. Turing-Award-winning computer scientist and IBM Professor of Engineering and Applied Mathematics at Cornell University John Edward Hopcroft and venture capitalist and head of the Innovation Works research unit Kai-Fu Lee.

This development comes as no surprise considering China's recent approach to AI. In December of 2017, OpenGov Asia published an announcement by the Chinese Government revealing an aggressive AI growth plan:

"The Ministry of Industry and Information Technology (MIIT) of China released a three-year action plan (2018 -2020) on December 14 to drive development and growth of artificial intelligence (AI) industry over the next three-years. (Content based on Google translation of Word document in Chinese; click here to download)."

AI talent expected to rise in demand and supply

Meanwhile, in July of 2017, LinkedIn reported that AI talent numbers were set to rise in China. The story quoted a LinkedIn report that stated that although China was ranked only seventh in number of technical talents in AI, experts expected the country to “rise in the rankings in the next decade.”

Vice-president of LinkedIn China Wang Di said: "Internet technology has in recent years transformed the daily lives of Chinese and the speed of the development of mobile payment and e-commerce in China has surpassed that in the US. This can also happen to AI development in the country."

"Furthermore, some traditional industries in China have shown a more urgent need in upgrading AI technology. In other words, they can resort to using AI directly, bypassing the stage of informatization," Wang Di added.

So far, China has been sourcing its AI talent from overseas. In July of 2017, People's Daily’s overseas edition reported that China faced an imbalance in AI talent with a supply-to-demand ratio as severe as 1:10 and those industry giants were willing to pay exorbitant salaries for AI talent. 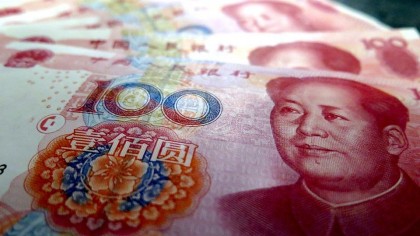 AI Talents are Making More Money than Bankers in China

The new program is set to resolve some of those issues with China Daily reporting  “that the Ministry of Education will polish the AI discipline systems in universities by establishing AI majors and upgrading AI to a first-level subject” and collaborate with American universities to “form an alliance to boost China-US educational exchanges in artificial intelligence.”

Speaking on the new university program, Vice-principal of Peking University Tian Gang said: "This year, Peking University took the initiative by providing master's degrees in AI innovation in order to train a new generation of AI talents. The training program will hopefully integrate education and industry resources from home and abroad to develop a universally recognized education system with Chinese characteristics.”