Astrophysicists anticipate that China's Tiangong-1 will land sometime soon. However, no one knows or can ever know exactly how soon until it happens.

In late 2016, Chinese aerospace officials announced they'd lost control of the Tiangong-1 space station. A government statement predicted it would fall to earth between October 2017 and April 2018. However, one Harvard astrophysicist believes the station will fall sooner rather than later.

Jonathan McDowell, an astronomer at the Harvard-Smithsonian Center for Astrophysics, said the 8.5 tonne (9.4 ton) station "will come down a few months from now – late 2017 or early 2018."

"Now that [its] perigee is below 300km and it is in denser atmosphere, the rate of decay is getting higher," he told the Guardian.

... the 8-tonne Tiangong honestly doesn't worry me, but deorbiting it under control would certainly have been 'best practice'.

So where will it hit? Like other astrophysicists, McDowell has been estimating Tiangong-1's trajectory as best he can. However, good guesses are as much as he and other researchers -- including the Chinese aeronautical engineering team -- can do.

Researchers already anticipate that most of the 40-foot (12-meter) lab will burn up upon reentering Earth's atmosphere. However, chunks of the lab could make it to the surface, and some could be as large as 100 kg (220 lbs).

Tiangong-1 entered orbit in 2011, and it was never intended to be a permanent station. Chinese officials said in March 2016 that its mission was over. Several months later, however, officials reported losing control of the station and its descent. Earlier this year, aerospace officials presented an estimated landing timeframe to the United Nations. They believed it could hit sometime between October 2017 and April 2018.

"China attaches great importance to the re-entry of Tiangong-1 and will take the following measures in terms of monitoring and public information. First, it will further enhance monitoring and forecasting. China will make strict arrangements to track and closely monitor Tiangong-1 in its orbital development and will publish a timely forecast of its re-entry," the report said. 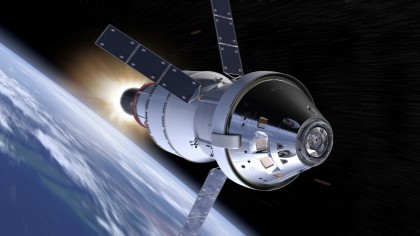 "China will make use of the international joint monitoring information under the framework of the Inter-Agency Space Debris Coordination Committee in order to be better informed about the descent of Tiangong-1. Second, it will improve the information reporting mechanism. Dynamic orbital status and other information relating to Tiangong-1 will be posted on the website of the China Manned Space Agency (www.cmse.gov.cn) in both Chinese and English."

This isn't the first time major pieces of space equipment have fallen out of the sky. In 1991, the Soviet Union watched as the 20-tonne Salyut 7 space station hit earth with the Cosmos 1686 spacecraft still in tow. NASA also lost control of Skylab in 1979. It landed near Perth in Western Australia. In both the USSR and NASA cases, no one was hurt upon the space crafts' landing.