China's Hanging Monastery Looms on the Edge of a Cliff 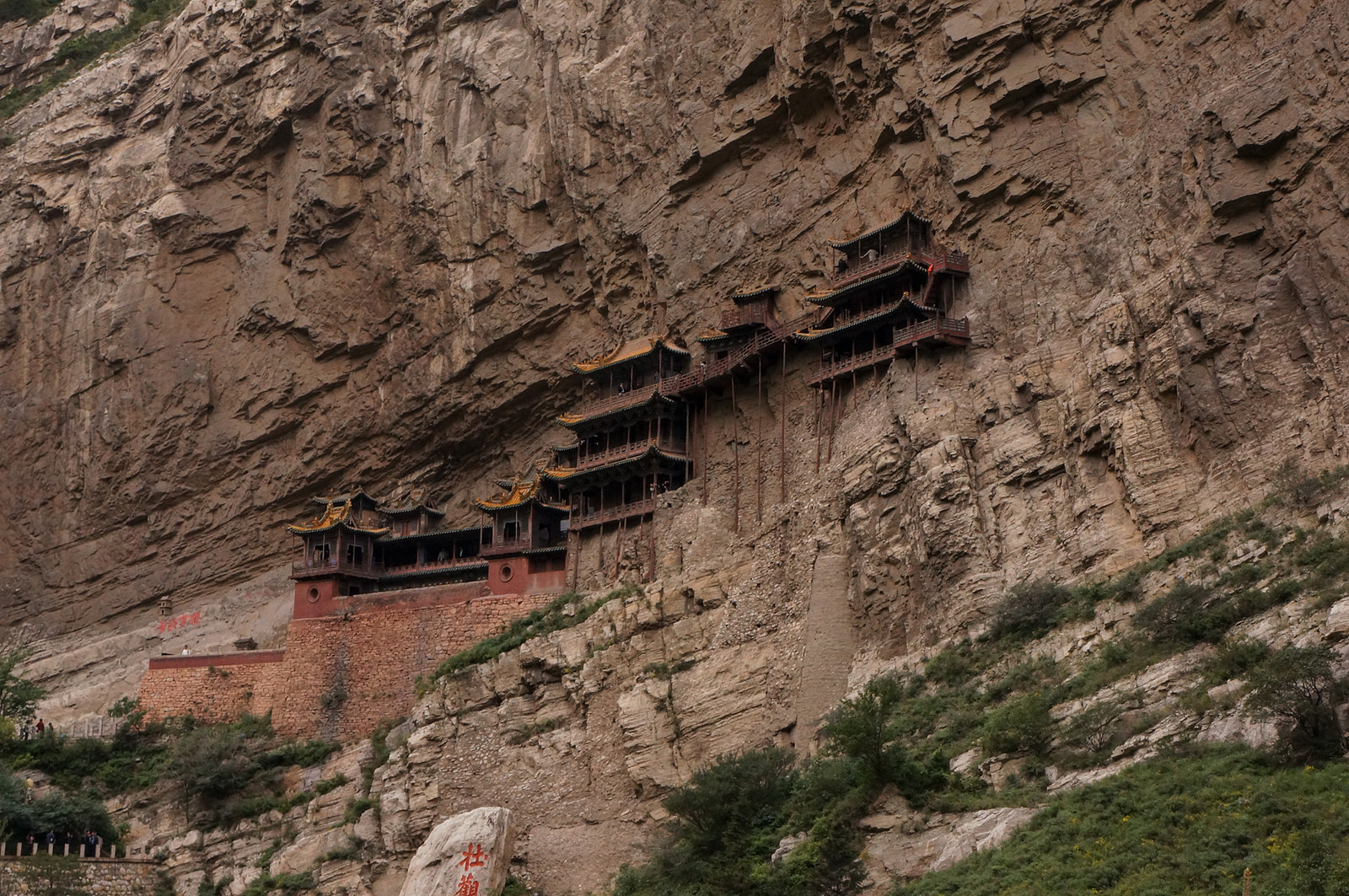 Built into the side of a cliff 75 meters up in the air near Datong, China lies a 1,500-year-old monastery that is a picture of engineering marvel and architectural beauty. Around half of the structure is supported by long piers that extend far below into the lower cliffs. While the structure has been well maintained, its survival is also attributed to its elevated nature as it was safe from floods and weathering. Most of the rooms in the monastery are built outwards from the surrounding rocks, which give it the spider-like support structure below. 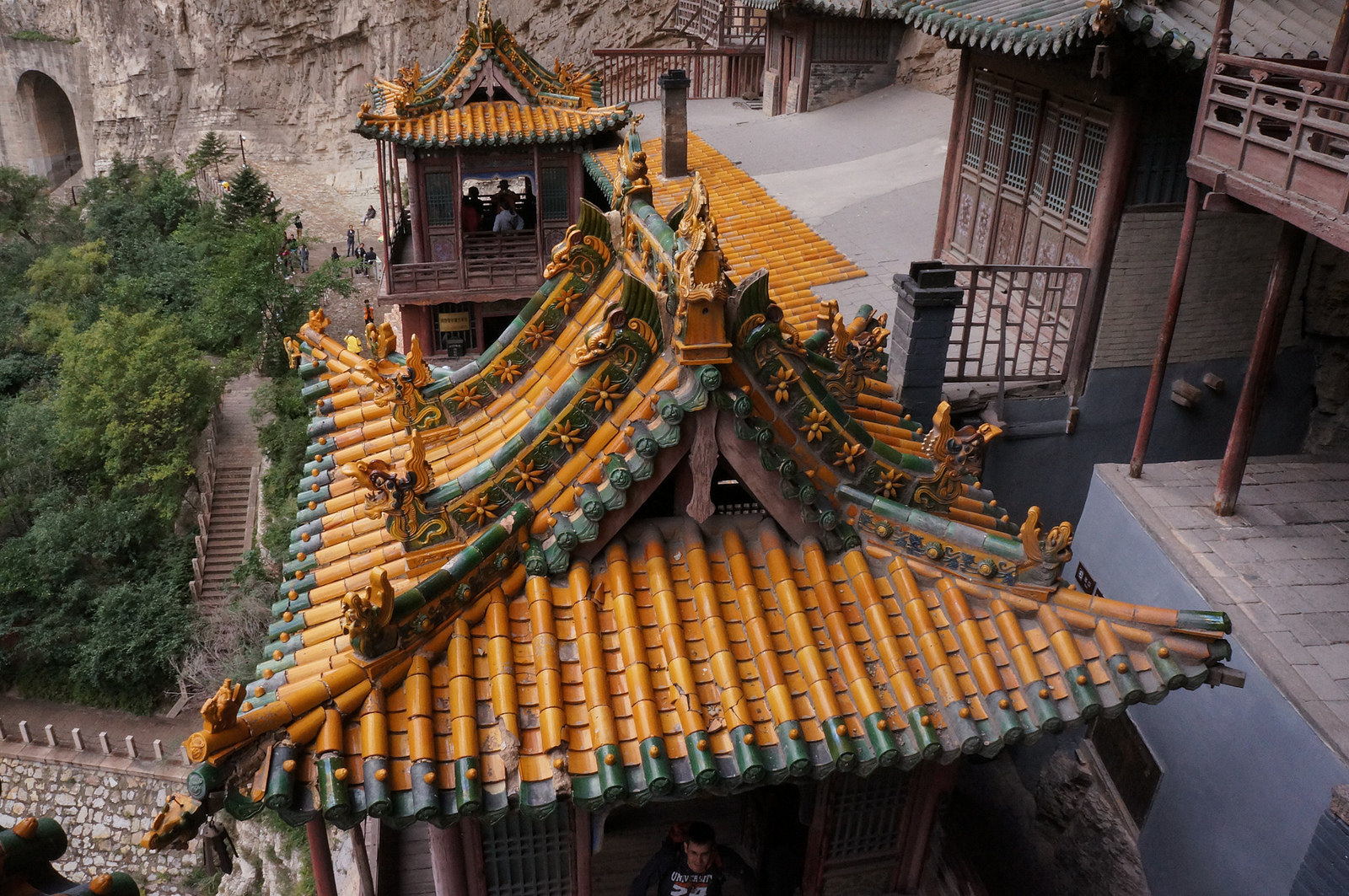 Of the few rooms that are dug into the rock, one is particularly unique as it contains representations of 3 different deities from the surrounding region. According to ABC, it is believed that since the surrounding cultures saw their religion as being represented here, they felt no need to destroy it.

The pathway to reach the monastery is nonetheless perilous as the structure itself, but it does feature safety railing to give you that extra level of comfort. Roofs and internal rooms of the temple are decorated ornately with religious images and sculptures. It is rumored that the construction of temple began by only one monk laying the framework for what is now a rather large structure. 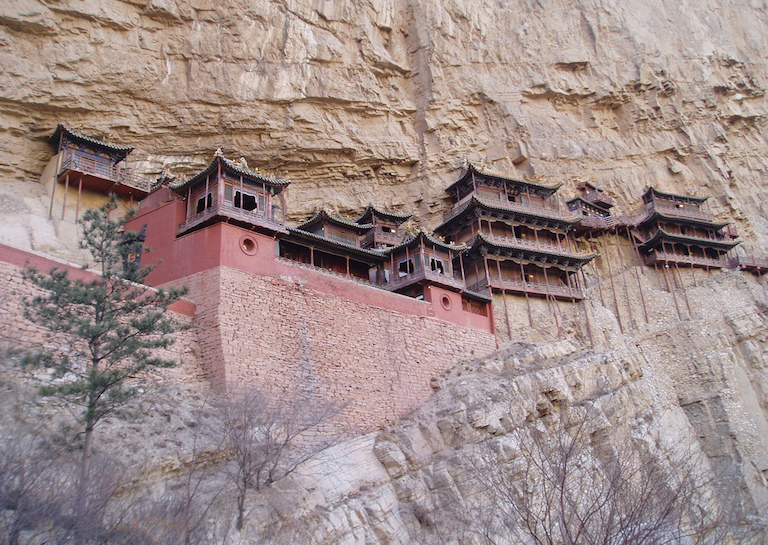 Far removed from its original use, the monastery is now a major tourist attraction in the area with the structure being revamped to hold the increased traffic. While the engineering marvel of this structure given then tools available at the time is stunning, it represents a cultural peace that it brought to the area as well.