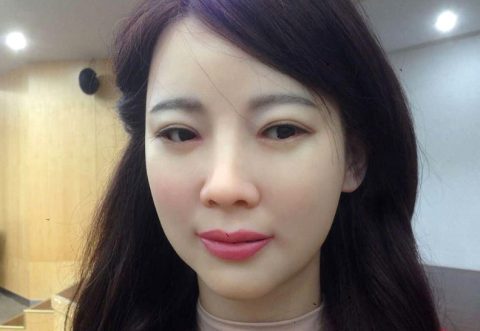 If you thought the Scarlett Johansson robot was creepy, this new ultra-lifelike animatronic robot named JiaJia from China blows ScarJo to smithereens. Robot realism has just reached a new level and Blade Runner feels like it's moving from science fiction to science reality with JiaJia. If you're thinking along the lines of a 'Replicant' android from Blade Runner, you'd be correct. The main goal of this Chinese robot is to bring robot-human social interaction to a revolutionary and realistic level.

On April 15, 2016 The University of Science and Technology of China in Hefei officially launched the robot named Jiajia. JiaJia has been engineered to hold realistic conversations with humans and displays a wide range of facial expressions while doing so. Its speech is synced with its lips, it blinks and moves its eyes. It also has an ability to display micro expressions on its face, something most robots don't do very well. An independently developed high-reality emulation technology has been incorporated into JiaJia in order to improve human-to-robot communication. It can speak both Mandarin and English and can perform various autonomous physical actions and navigation.

According to RT news,

"Jia Jia can spout simple phrases such as “hello” and “welcome,” as well as more complex and offhand sentences such as: “Don’t come too close to me when you are taking a picture - It will make my face look fat,” which ‘she’ reportedly told visitors at the robot’s launch in Anhui Province."

JiaJia is an upgraded robot from the 2008 Kejia series and its development was led by professor Chen Xiao-Ping. It took 3 years to create JiaJia. The Kejia robot from which JiaJia descended, was engineered to be a service robot and to be able to pass the Turing test, which was developed in the 1950's to determine if an AI robot could be mistaken for a human. Chen Xiao-Ping intends on improving JiaJia with deep learning abilities. The team is looking towards a future of commercialization of this robot, but the plans are not solidified yet.

SEE ALSO: This Scarlett Johansson Robot Is The Creepiest Thing Ever 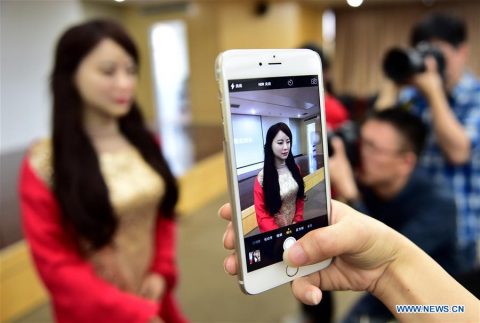 The team who created JiaJia said they have not yet given it the ability to cry or laugh but said they were working on those functionalities. JiaJia's memories are stored in a cloud-based system.

After reading about this new robot from nearly ten different news sources, I have to ask the question: "What is the ultimate purpose of this particular robot?" The researchers who designed JiaJia have made it intentionally submissive, so one has to wonder why they think it's necessary to make a fembot submissive. Will the ultimate purpose of this robot be to coddle and prop up the male egos of the ones who created it? Was it created to make the creators feel valuable and important? Is that why JiaJia refers to them as "My Lords"? Or is it being created simply because it is possible to do so?  The creators said they had no intention of mass producing JiaJia, so what exactly is the final purpose of such a creation? What is the driving force behind creating JiaJia? What do you think?