Why are tiny electric cars so big in China?

When it comes to the production and consumption of electric vehicles, no one can beat the dominance of China in this field. According to the recent reports, the Chinese people bought around 35% of all the electric cars that were sold in the world.

Not only this, it is predicted that the citizens of China are on the way to one million electric vehicles by the end of 2019.

Why is China so passionate about these micro electrified souvenirs?

The obsession for electric vehicles in China is also a byproduct of the government policy rather than the economics of the market. Not only these small vehicles are cheap, environment-friendly and easy to maintain, but they also provide an extra advantage of huge tax incentives and subsidies provided by the government.

SEE ALSO: CHINA IS PLANNING TO BAN THE PRODUCTION AND SALE OF ALL FOSSIL FUEL CARS

The government’s policy has not only added a cherry to the cake in motivating the people of the Chinese Republic, but it will also be helpful in the reduction of environmental pollution from the country. Also, these tiny electric cars will aid in the reduction of traffic found on the streets of the overpopulated country.

All these factors have acted as a catalytic agent in the boom of electric vehicles in the Chinese market and have become an integral part of the everyday life of the Chinese citizens.

What percent of the cars sold in the world are electric?

As per the records, in 2017 approximately 1 million cars sold in the world were electric, thus setting a new achievement in the EV industry and raising the bar high for these tiny vehicles in the coming future.

While the number of electric cars in countries like American and European roads are increasing slowly and steadily with around a million electric cars on the streets, China boasts the largest fleet of EVs in any country, 580,000 in 2017.

According to the data provided by International Energy Agency, that imparts a clear picture of the number of battery electric (BEV) and plug-in hybrid (PHEV) vehicles sold in selected countries in 2018, China holds the crown and the numbers are surely going to rise in the coming future as the Chinese seem to be highly enthusiastic about these easily operated next-generation vehicles.

You would be surprised to know that the highly competitive market of China holds 2.2 percent share of the electric cars in the year, which is much more than the countries like the United States where the market share of electrified vehicles is just 1.2 percent.

The role of Shenzhen in China's EV market

The tech city present in the Guangdong province of the southeast part of China plays a vital role in the surging market of EV's in China.

Shenzhen is the world’s only city to have 100% electric buses. It is also one of the first Chinese cities to set a goal to replace all gasoline-run taxis with new electric vehicles, which includes pure battery vehicles and plug-in hybrids.

And that’s not a coincidence. Shenzhen is home to BYD, the world’s second largest EV maker after Tesla.

Electric vehicles are seen as an opportunity by the Chinese administration to surpass the competitors prevailing in the electric market. The country is setting itself as the leader in the manufacturing of smart electric vehicles.

And the grand success of these small vehicles in the country pinpoints the fact that this dream will certainly become a reality in the coming years.

BYD Auto Company Limited which is amongst one of the greatest automobile manufacturing company in China was set up in the year 2003. The company received about $590 million in subsidies from both the local and central government and has also got a backup from the business tycoon Warren Buffet.

All these factors have played a major booster in the evolution of BYD from a battery maker to a significant player in the global market of electric vehicles in a very short span of just two decades.

Another Chinese company, Contemporary Amperex Technology (CATL), has recently signed a contract with BMW, replacing Samsung as its battery supplier. That’s a pretty big deal, considering the battery makes up as much as 40% of the cost of an electric car.

Inspired by Tesla patents, Xpeng Motors, the Alibaba-backed startup is also in the race to produce electric vehicles for the Chinese market.

Although these incentives and subsidies are not going to last long in the country as the Chinese government has plans to accustom the domestic market of electric vehicle manufacturers off incentives and raise technical standards. This will be put into action by the Chinese government as the local companies will get serious competition from the foreign automobile giants like Volkswagen and Tesla, as both the companies are all set to start their operations in the Asian country.

Qiu Kaijun, who runs a website for the electric vehicles industry insiders in China, claims that after 2020, the market shares of domestic EV's in China will be eaten up by foreign companies more than they do now, which will increase the bar of the tussle several times. Qiu further added that the foreign invasion will not be able to blow out the entire domestic market, but it will surely cause a substantial downfall in the market of homemade cars.

Although the top models of China’s domestically produced electric vehicles are more or less on the same level as the foreign brands, China needs to upgrade its technology to stay in the race. 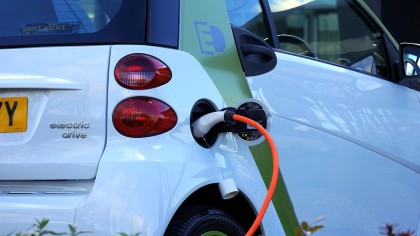 Another major milestone that lies ahead in the path of China in the coming future is upgrading the batteries. According to an estimate, by the year 2025, the price of an electric car can be compared with a car that operates on an internal combustion engine (ICE).

And with both these prices coming closer each day will mark the end of the era of ICE cars. So, in order to stay in the competition, the Chinese companies will need to come up with better ideas and innovative tech that can beat down the foreign companies in the global EV market.