Tesla is currently known as the leading developer of autonomous vehicle software, but one Chinese company is hoping to knock them off their throne. Autonomous technology incorporated into Tesla's vehicles typically only functions to assist the driver – avoiding accidents and helping to park the car. Chinese firm, LeEco announced the development of the LeSEE sedan when it autonomously drove out of a shipping container at their event last night. The car was controlled through voice commands from the smartphone in the hands of company CEO Jia Yueting, and it only took a few commands to get the car front and center.

The company that has largely been known for producing smartphones, is now pioneering voice commands in the autonomous vehicle industry. Some of you may argue that Tesla can be controlled through phones, but they do not yet have voice command capabilities. This smartphone technology company isn't getting involved in the automotive industry all alone, in fact through a joint investment, the company will be working with Aston Martin and Faraday Future. Faraday Future is a direct competitor to Tesla, although it has yet to gain a firm reputation in the intense car manufacturing industry.

The sleek looking sedan features suicide doors (hinges in the rear), and an LED loop front light that will function as a versatile selective lighting board for indicators and running lights. The interior is filled with LCD screens reminiscent of Tesla's 17 inch touchscreen dashboard.


It is an interesting time for car manufacturers, as it seems like a new car company is popping up every week or so, claiming to be the next best thing. Sales for the current leading manufacturers like Toyota and GM, while still greater than every other company, have been going down in recent years with consumers switching to other appealing alternatives, according to The Next Web.

You may have guessed already, but this car is also an electric vehicle, which due to advances in battery efficiency, have been growing in number rapidly. Electric vehicles are likely the next big thing in the automotive industry, and traditional gasoline car manufactures are left figuring out which direction to go.

Most major economies are still driven largely by a fossil fuel industry, so there remains a demand from consumers. The shift to EVs will likely happen soon, but the exact timeline for focusing manufacturing resources remains unclear. 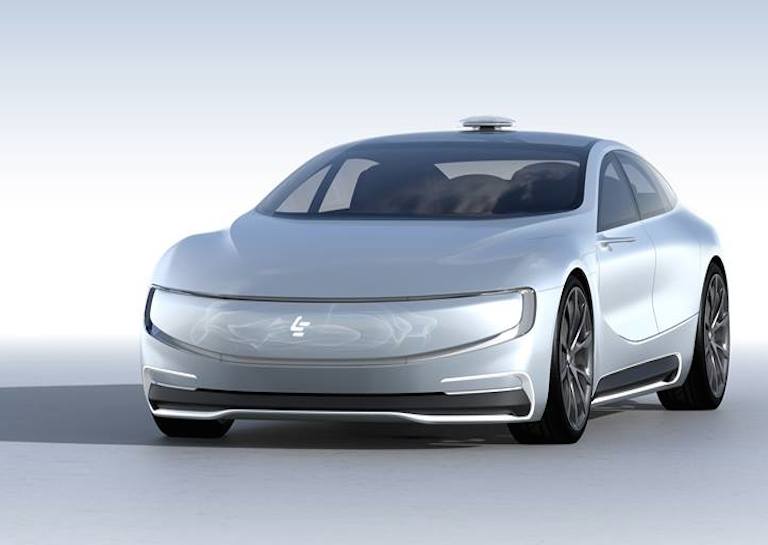 The LeSEE will make its first official debut at the Beijing Auto Show on April 24th, and the future for this car remains largely unclear. As electric vehicles are becoming more efficient, readily available, and affordable, many of our next cars may in fact be EVs, what do you think about all this change?

Chinese Mining Machine Company Files for IPO in the U.S.