China's ever expanding use of facial recognition is proving to be successful at catching suspects. Human rights groups worry that it may be used for worse.

A man reportedly wanted for fraud has been arrested by Chinese police after facial recognition identified him in a crowd of 60,000 people. The fugitive was attending a concert in the city of Nanchang, China.

According to local reports, police officer Li Jin said the man was very surprised to be caught having believed he was certain to be safe in such a large crowd. “He was very shocked and had a blank face when we caught him,” the officer said.

“He never dreamt in his wildest imagination that the police could find a needle in the haystack,” Jin added. China is reported to have over 176 million facial recognition cameras for targeting even minor offenses such as jaywalking.

An ever more ubiquitous technology 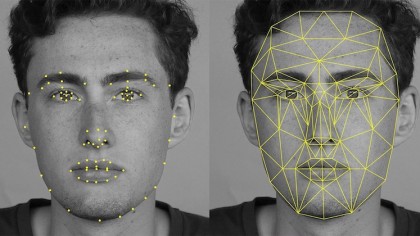 But not all these developments are for citizen’s security. Human Rights Watch (HRW) has expressed concern about the level of mass surveillance in China.

“For the first time, we are able to demonstrate that the Chinese government’s use of big data and predictive policing not only blatantly violates privacy rights but also enables officials to arbitrarily detain people. People in Xinjiang can’t resist or challenge the increasingly intrusive scrutiny of their daily lives because most don’t even know about this ‘black box’ program or how it works,” Wang wrote.

“If the Chinese government’s goal is to prevent bona fide crimes, it could train police and procurators in professional, rights-respecting methods, and empower defense lawyers. Arbitrary mass surveillance and detention are Orwellian political tools; China should abandon use of them and release all those held in political education centers immediately,” Wang added.

This intrusive use of the technology is also expanding to Western democracies. Last month, New York Police Department's Real Time Crime Center and Facial Identification Sections announced they were seeking access to the state’s database of driver’s licenses while Australia’s Department of Home Affairs rejected the notion that warrants should be required to use the country’s facial recognition database.

In a submission to the Parliamentary Joint Committee on Intelligence and Security, the department stated that:

“The privacy benefits of requiring agencies to obtain a warrant would likely be significantly outweighed by the decreased ability of agencies to carry out their law enforcement and national security functions,” added the statement.