Chinese Hackers Stole 600GB of Data from US Navy Contractor

In yet another cyber-security breach, hundreds of gigabytes of unclassified data was stolen by a team of Chinese government hackers.

Government hackers from China have successfully compromised computers for a US naval contractor, according to the Washington Post. The hacking team snagged over 614 gigabytes of highly sensitive data, including specific details about a supersonic anti-ship missile system.

American officials said the breaches happened in January and February. Those who discussed the terms of the breach spoke anonymously to the Washington Post reporters. The hackers reportedly went after a contractor within the Naval Undersea Warfare Center. The group does R&D for submarines and underwater weapons, but the anonymous officials did not say the name of the contractor.

All of the information taken by the hackers were unclassified, the New York Times noted in its reporting of the issue.

When asked for comment about the situation by the Washington Post, Cmdr. Bill Speaks, a Navy spokesman, said: “There are measures in place that require companies to notify the government when a ‘cyber incident’ has occurred that has actual or potential adverse effects on their networks that contain controlled unclassified information.”

Media outlets were told by naval officials that it was "inappropriate to discuss further details at this time." 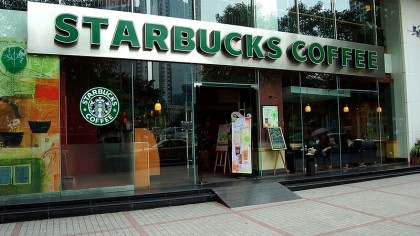 This isn't the first time the US Navy has been hacked, nor is it the most extensive hack conducted by the Chinese government. However, it is certainly made the US government reconsider their priorities with regard to cybersecurity and cyberdefense.

The NYTimes noted in its reporting that the People's Liberation Army Unit 61398 consists of skilled hackers looking to swipe the trade secrets of other governments. Two members of that unit were indicted during the administration of former President Barack Obama. However, officials are skeptical as to whether anyone from the latest hack would actually come to the US for criminal proceedings.

According to officials, the US government probably will not retaliate as most intelligence officials internationally would see this similar to what the United States does to other countries around the world.

In discussing the event with the New York Times, Navy spokeswoman Lt. Marycate Walsh said "If such an intrusion were to occur, the appropriate parties would be looking at the specific incident, taking measures to protect current info, and mitigating the impacts that might result from any information that might have been compromised."

The US and China have a long history of going back and forth on innovations and trade secrets. (That doesn't even begin to tap into the other discussions between the two world leaders regarding nuclear weaponry.)

“It’s very disturbing,” said former senator James M. Talent (R-Mo.), who is a member of the U.S.-China Economic and Security Review Commission. “But it’s of a piece with what the Chinese have been doing. They are completely focused on getting advanced weapons technology through all kinds of means. That includes stealing secrets from our defense contractors.”

One of the most interesting documents stolen by the Chinese included those pertaining to the project known as Sea Dragon. Sea Dragon first came about in 2012 and exists as a part of the Pentagon's initiative to adapt and reconfigure the US military's tech in new ways and uses.