To combat crime Chinese Police officers will use a new level of surveillance that will incorporate wearable facial recognition technology.

This technology has been recently entered the mainstream with Apple's iPhone X facial recognition feature, but the appeal of facial recognition goes beyond just consumer goods, and will eventually be an integral part of security. Recently, Chinese police officers have been spotted wearing surveillance sunglasses equipped with facial recognition software.

In Zhengzhou, China Police offers have implemented crime-fighting technology that can be found in some of your favorite sci-fi movies. Police officers in the region are now wearing glasses that allow them to identify individuals in the crowd using facial recognition technology Though they were reported to have been launched last year, it looks like they have been officially implemented. 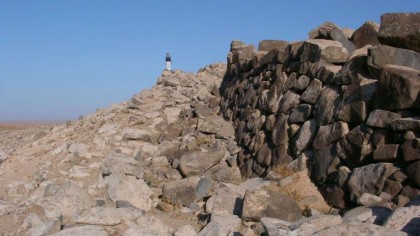 Over the years has China has lead the world in surveillance technology, implementing artificial intelligence into their surveillance programs. The software technology created by LLVision aims to create another level of security and improve police work. The glasses have already proven its merit helping police officers sport seven people wanted for major crimes and even identified 25 people using someone else's identity. The facial recognition technology glasses help solves the issue with lag time between spotting someone who may be a criminal and calling the authorities before the person of interest disappears: an issue with a lot of traditional surveillance setups.

Each pair of glasses is connected to a small, easily accessible handheld device that uses facial recognition software to compare what a police officer sees and compares that information with a pre-loaded dated base in lighting fast speeds of one-tenth of a second. As stated by LLVision Chief Executive Wu Fei  “By making wearable glasses, with AI [artificial intelligence] on the front end, you get instant and accurate feedback.You can decide right away what the next interaction is going to be.”

Though people are excited about the potential security applications, many people have obvious concerns with the technology. Some believe technology will cause officers to lend themselves to racial profiling and even more broadly citizen privacy issues.

What do you think of the facial recognition technology?