The quantum realm is an incredibly strange place where our accepted laws of physics seemingly break down. Entanglement seems to suggest we could one day communicate with one another over massive distances, perhaps instantly. This is an example of the quantum world's very odd behavior, often termed Quantum Weirdness.

Chinese scientists have recently tested this theory over a larger distance than ever attempted before. They were attempting to test what Einstein called "spooky action at a distance" between stations receiving light from a satellite. The theory they were testing seemed absurd to Einstein as it implied faster than light communication. This was in direct violation of the Relativity. Regardless of this, the team's findings tear apart the previous record of 100 kilometers between receivers. Though this is incredibly interesting, we are still not any closer to a practical application just yet. In the future, however, who knows what impacts this could have on quantum computing and communication using quantum weirdness. 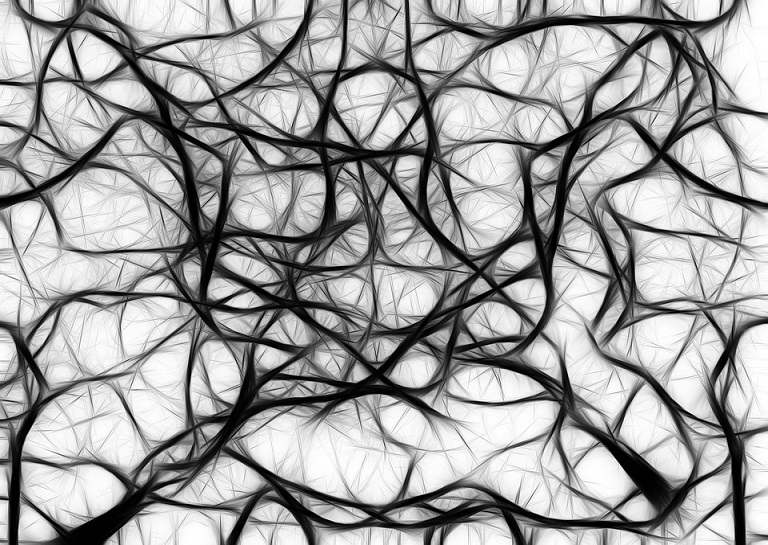 What the hell is going on?

Frankly, we are not entirely sure what is going on with quantum weirdness. The mathematics of Quantum Mechanics, including entanglement, is very weird indeed. Particles appear to be able to take on related properties when entangled. If you separate these particles over a distance they still remain entangled in unknown states of spin until observed. When you do this, you know what, the other particle reacts to its entangled partner's properties in a curious way. What the hell? It is almost as though the particles are in some way "talking" to one another and transmitting information instantly.

Knowing this, you could use this to send information. All you need to do is determine the state of one of the particles and you instantly know the properties of the other. Einstein noted this many decades ago and his observation is certainly "spooky" especially seeing as particles can communicate over distances instantly. Clearly, as you can imagine, he didn't really want to believe this phenomenon as it violates his principles of faster-than-light travel.

What did the Chinese do?

There have been various experiments since the 1970's that seem to prove that quantum weirdness does indeed exist. These experiments relied on optical fibers or other components that weaken the signal. The Chinese, however, used a newly-launched Micius Satellite to send photons unobstructed through space. Their results were published in the journal Science on the 15th June 2017.

The Chinese have taken a very "out of the box" thinking approach to their experiment. It's actually pretty ingenious. They set up two ground station laboratories on Earth, spread apart 1,200 km. Their satellite fires a beam through a special splitter that first entangles two pairs of photons. These photons then travel down different paths to each of the stations, where they are later compared. The summed lengths of travel for the beams varied between 1600 and 2400 km.

The scientific community has celebrated their achievement. Lovely, but only a minuscule amount of the photons were successfully recovered. About one in six million noted Alexander Ling, a physicist at the National University of Singapore to Science.

The Satellites are interesting in themselves

The Quantum Experiments at Space Scale (QUESS) or Micius satellites are pretty revolutionary. These bad boys could well be the world's first quantum communications satellites. The first one reached space in August 2016 onboard a  Long March-2D Rocket. They are named after the ancient Chinese philosopher and scientist, Mozi.

Given their ability to send entangled photons as a means of communication, they are technically the world's first hack proof satellites. The Chinese Academy of Sciences (CAS) have even been able to receive 202MB of test data from the satellite soon after launch. These satellites cost around $100 million to develop. As you'd probably guess, they are intended to demonstrate transcontinental quantum communications between China and Austria. Two more are planned. Here's some more information on the concept.

So what was the point of the experiment?

The obvious question would be what practical uses this kind of experiment could possibly have? Well, one option could be to use entangled particles for super fast communications. Such communication could be ultra secure to boot. If some "nosy parker" managed to intercept the transmission you'd know straight away. The final communication would be in an unexpected "un-entangled" state.

This is technically a massive step forward in our understanding of this field. Jurgen Volz, a physicist at the Vienna Center for Quantum Science and Technology noted in the LA Times. The possibilities of developing quantum weirdness technology are tantalizing. A quantum communication network will need the ability to distribute photons over large distances between receivers. To date, experiments have been limited to line of sight across cities or mountaintops. Owing to this, link distances have been limited to 100 km or so due to scattering and signal decay.

The team wanted and successfully managed to see if they could increase the distance of signal transmission beyond this apparent distance constraint. They used the Micius satellites launched in 2016 which were equipped with special quantum optical payloads to achieve this. Their experiment shows that the distance can be increased by at least 12 times the distance between receivers. It does seem to take us one step closer to future global quantum communications. Impressive.

This experiment, in part, is proof of concept for extended receiver distances than previously attempted. We can, it seems, entangle particles and fire them over pretty large distances successfully. Although a very small amount of photons were successfully captured and analyzed it shows it can be done. Quite how we would be able to scale this up is as yet unclear but certainly encouraging. These results show that the effect is real and over a record distance. Quite what we can do with the information received is also in question. The problem is analyzing the beams once received. It would be completely random nonsense until you compared results with the other particle receiver. That somewhat defeats the object of super fast communications, man that sucks.

Be under no illusion that it will still be a very long time before we can practically use this quantum weirdness technology. Especially for applications for telecommunication networks. Still, it's nice to dream about the future possibilities.