China will start to use facial recognition software to check if primary school students are paying attention in class.

China is taking its obsession with facial recognition software to a next level by installing cameras in primary schools to monitor children’s attentiveness. Government-run Chinese website Hangzhou reported that a school has installed the cameras above a blackboard in a classroom that will monitor the kids in class.

What else can surveillance cameras do in classroom other than exam supervision? High school in #Hangzhou uses camera to identify students facial expression for class performance analysis and improvement pic.twitter.com/bXolAE7Ev8

If the system recognizes that children aren’t following the lesson the data is fed back to the teacher. It seems that the system has only been installed into one classroom so far, but there are plans for it to be rolled out across the entire school by the summer.

One child in the class told Hangzhou, "Previously when I had classes that I didn't like very much, I would be lazy and maybe take a nap on the desk or flick through other textbooks. But I don't dare be distracted since the cameras were installed in the classrooms. It's like a pair of mystery eyes are constantly watching me."

The system has drawn criticism from many in the education system, but the school's headmaster, Mr. Ni, said he believes the facial recognition technology can help improve the children's education.

"It's the same as teachers having an assistant, and it can improve the quality of teaching," he said, according to the Hangzhou report.

"Some have said it can infringe the privacy of students, but it only records students' movements, rather than filming activities in class."  He added, "And those who focus on lectures will be marked with an A, while students who let their minds wander will be marked with a B."

The news of monitoring children’s attention comes hot on the heels of reports that some Chinese companies were using helmets fitted with brain sensors to check their worker's concentration levels. 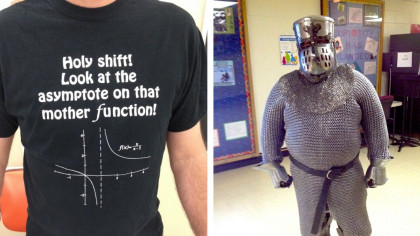 The devices fit onto the helmets of workers which then measure the brain activity of the wearer, these waves can be analyzed. Spikes and dips in the waves can be read as being related to changes in emotions and feelings associated with panic, fatigue, and sadness.

The devices are reportedly being used for workers in high-stress jobs such as high-speed train conducting and electricians working on main power stations. The sensors also have the ability to measure if a worker is dozing off and sound an alarm to make them more alert.

One official who runs the “emotional surveillance” program at the State Grid Zhejiang Electric Power told Chinese media that the devices are essential to running an efficient business. The company’s profits have reportedly grown by $315 million since the company began using the devices in 2014.