The researcher said the twin girls were born this month with genes altered by the controversial editing technology.

If the claim is verified, genetic engineers have already likened the birth to that of the first baby born through IVF.

He Jiankui of the Southern University of Science and Technology in Shenzhen said he changed the embryos for seven couples during their fertility treatments.

One pregnancy happened since his work started. He explained the goal wasn’t to prevent or cure an inherited disease, but to improve the embryo’s chances of survival. He added one trait in particular -- the ability to resist HIV infection, and thus the AIDS virus.

"Two beautiful little Chinese girls name Lulu and Nana came crying into the world as healthy as any other babies a few weeks ago." He said in a video posted online. "The babies are home now with their mom Grace and their dad Mark."

He’s claim and research have not been published in a journal where it can be reviewed by other gene-editing experts.

“I feel a strong responsibility that it’s not just to make a first but also make it an example,” He explained to the Associated Press. “Society will decide what to do next.”

He has a successful history with genetic editing. The researcher studied at both Rice and Stanford before going back to China and opening up two genetics companies in addition to his lab at Southern University.

However, the university told media outlets He’s work “seriously violated academic ethics and standards.” The school placed He on leave and said they’d be investigating the work conducted in the lab.

He and hundreds of other scientists are gathered at the Second International Summit on Human Gene Editing in Hong Kong.

The announcement garnered attention and criticism from attendees both at the summit and around the world.

Jennifer Doudna, a biochemist at the University of California, Berkeley, helped discover CRISPR and served as a creator for the summit. In an interview with media, she cautioned against blindly accepting and celebrating He’s announcement.

“This work is a break from the cautious and transparent approach of the global scientific community’s application of the CRISPR-Cas9 for human germline editing.

All of us here at this conference are struggling to figure out what was done and also whether the process was done properly,” she said. “We just don’t know yet.”

Doudna and other researchers noted that genetically editing for HIV didn’t solve an unmet need. Alternative viable approaches could have been used, Doudna explained.

“If this was done to avoid HIV infection, there are alternative ways to prevent infection that are already effective,” Doudna said, referencing “washing” sperm of infected sperm donors. “Why would you use this [CRISPR] instead of an already established approach?” 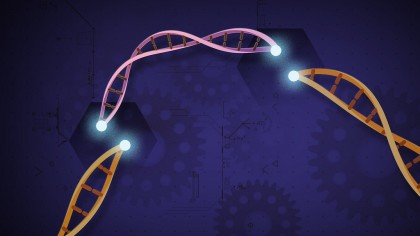 “If it’s true as reported, then it’s an extremely premature and questionable experiment in creating genetically modified children,” he said, alluding to the “designer babies” fear of many CRISPR skeptics.

However, He told media outlets he acknowledges criticisms and concerns.

“I understand my work will be controversial,” he said. “But I believe families need this technology. And I am willing to take the criticism for them.”