You’ve heard of drug smuggling, but what about phone smuggling? It is a real and big business. Last week a woman was caught attempting to cross from Hong Kong to mainland China with 102 iPhones strapped to her body.

the girl-attempted to smuggle 102 iPhone smartphones and 15 luxury Tissot watches from Hong Kong to China ended in failure pic.twitter.com/FKrWkVLkNb

The phones were strapped to the woman's body in several layers, creating an armor of iPhones. Customs officials stopped the woman when they became suspicious of her funnily shaped body. They were concerned her upper body was significantly out of proportion to her skinny legs. Customs officials were also alerted to the fact that she was wearing  “more clothes than appropriate” for the hot Chinese summer weather. 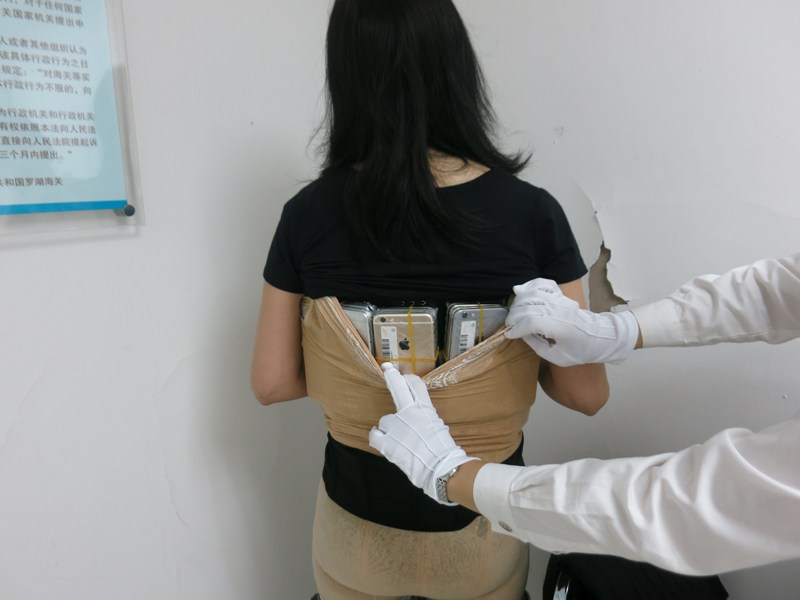 The woman was allegedly also smuggling 15 luxury Tissot watches amongst her iPhone stash. This is the largest haul of illegal iPhones seized from a smugglers body at this border. Customs officials stated they had experienced previous cases where smugglers had attempted to cross over with "up to 70 or 80" iPhones. 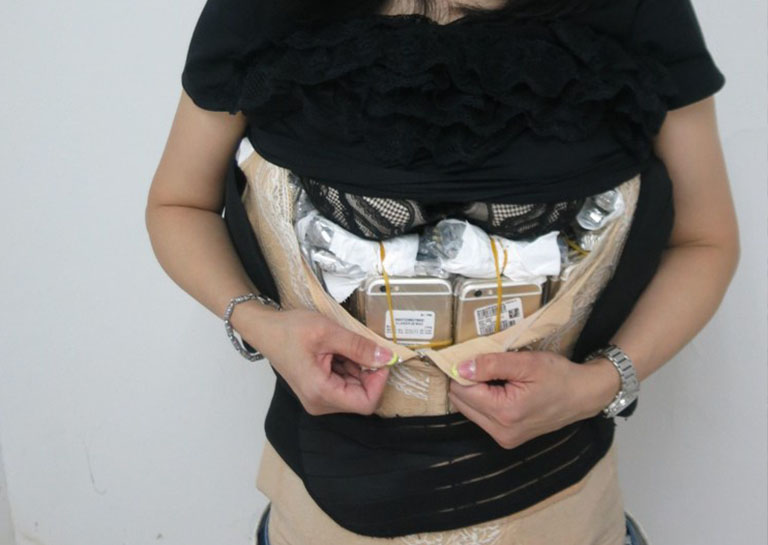 It might seem crazy to be smuggling phones back into the place where they are made.  But there is serious money to be made from the risky journey. The iPhones are much cheaper to buy in Hong Kong, so a significant profit can be made on their resale in China. Phones in mainland china are subject to taxes and levies that can make them up to 30% more expensive.  An iPhone smuggling ring was uncovered in 2012, reportedly valued at £60 million. 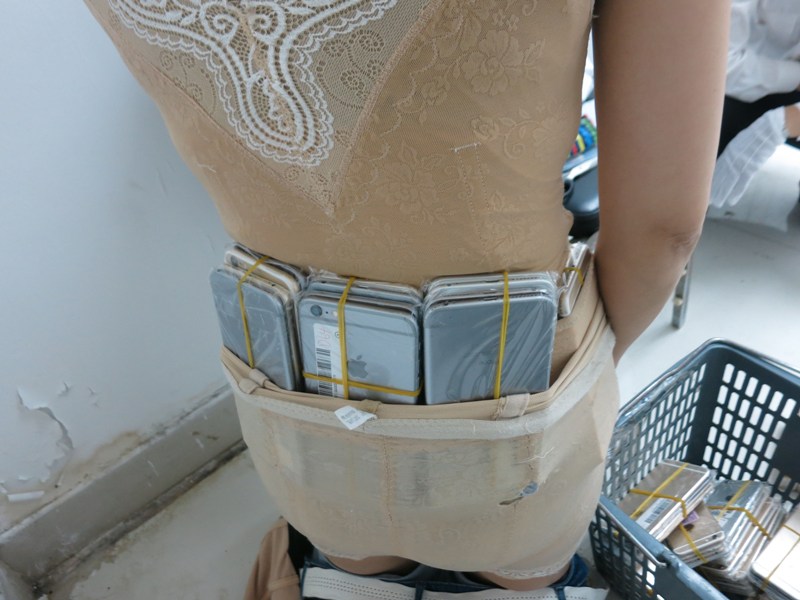 In 2015, sales of iPhones in China were doubling every quarter. But in 2016 the company faced a massive slump, losing 26% of its sales in its fiscal second-quarter. The iPhone sales suffered its first ever quarterly decline. Jan Dawson founder of tech consulting company Jackdaw Research, commented on the news, “Whereas China accounted for half or more of the company’s revenue growth for several quarters, it’s now accounting for half its year-on-year shrinkage”.

The market loss is due to the growth in local brands like Huawei Technology Co. and Xiaomi. These companies are producing comparable phones at much lower costs. Only the very elite in China can afford the expensive iPhone, which has become a status symbol of wealth. Illegally smuggled iPhones are obviously being sold at a much more affordable price to people desperate for the luxury item.

Smartphones aren't the only technology that is being smuggled into China. A Californian woman was arrested in May this year for allegedly conspiring to obtain and export sensitive space communications technology to her native China. If found guilty, the 32-year old could face a sentence of up to 150 years in prison. She is accused of violating the International Emergency Economic Powers Act, which controls the export of certain goods and technology from the United States.

Here’s How To Make a Levitating Tesla Coil With Magnets