Chinese Space Probe Successfully Lands on Dark Side of the Moon

The Chang'e-4 probe made a 'bullseye' landing in the Moon's Aitken Basin Von Kármán crater.

China’s Chang'e-4 probe made a 'smooth and precise' landing on the far side of the Moon at 10:26 a.m. BJT Thursday. This is the first time a probe has landed in this area of the moon.

The plucky probe sent back the first image from this uncharted territory via the relay satellite Queqiao (Magpie Bridge). This area of the moon is never visible from earth due to the phenomenon called tidal locking.

'Dark side' gets first look

Despite being known as the ‘dark’ side, the non-visible sides receive just as much daylight as the earth facing side. Chang'e-4 will examine this mysterious area of the Moon.

Instruments on the lander and rover will study the mineral composition and shallow lunar surface structure of the area as well as perform low-frequency radio astronomical observation.

Satellite relay crucial in getting messages back to Earth

The area of the Moon expected to be examined is 24,000 kilometers across and 13 kilometers deep crater, known as called Aitken Basin Von Kármán. 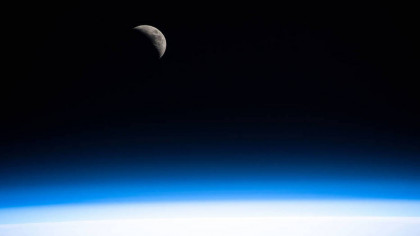 "Since the far side of the Moon is shielded from electromagnetic interference from the Earth, it's an ideal place to research the space environment and solar bursts, and the probe can 'listen' to the deeper reaches of the cosmos," said Tongjie Liu, deputy director of the Lunar Exploration and Space Program Center for the China National Space Administration.

Potatoes could be future space food

The probe has a series of scientific projects it will complete that were designed for the mission by Chinese universities. There are also four international payloads jointly developed by scientists from Germany, Sweden, Netherlands, Saudi Arabia, and China.

One of the most interesting experiments to take place will see the creation of a small potato ‘garden.’

Named the "lunar mini biosphere," the experiment, which was conceived and designed by a total of 28 Chinese universities, is a plant cultivation concept involving a 3 kg container with Arabidopsis and potato plant seeds.

Hanlong co, "[...the] growth period of Arabidopsis is short and convenient to observe. And potato could become a major source of food for future space travelers."