A Chinese teenager made headlines recently, although not for the best reasons. The 13-year-old got a USB cable stuck in his urethra.

Last month, a 13-year-old Chinese boy was rushed to the emergency room after he somehow got a charger stuck in his urethra. The reasons behind this incredulous event are still unknown.

However, what we do know is that the cable, after getting stuck up his penis, wound itself into a sort of knot. Eventually, surgery had to be performed to remove the cable from the boy’s genitals.

Singapore Straits Times reported that the boy apparently could not pull out the cable after it found its way in his genitals. Any sane person would have at least 2000 questions after this tidbit of information.

We’ll try to answer them one by one!

So, what apparently happened was that the boy cut off one of the sides of the alleged USB connector before doing something really ridiculous like inserting the connector into his urethra. The cable was 10 centimeters long and as mind-boggling as it sounds, it managed to reach his bladder that resulted in the appearance of blood in his urine.

According to the reports by Times, he apparently did it “out of curiosity.” The teenager, whose name is not known, could not pull out the cable from his penis that apparently knotted inside to create more problems for the boy.

When the teenager was taken to the local hospital, the doctors attempted to remove the cable by using a lubricant, but all in vain. They ultimately decided to extract it surgically from his genitals.

“From the X-ray, we can see a dead knot. Hence, he could not pull it out himself.”

According to the statement of Dr. Xu Liyan of Harbin Children’s Hospital in China, “From the X-ray, we can see a dead knot. Hence, he could not pull it out himself.” During the surgery, the doctors initially cut off the cable point that had formed knots and then removed the remaining cable from his urethra.

However, as absurd as it might sound, this is not the first time a man has considered it to be a good idea to put a cable up his penis.

He also had to get it surgically removed. 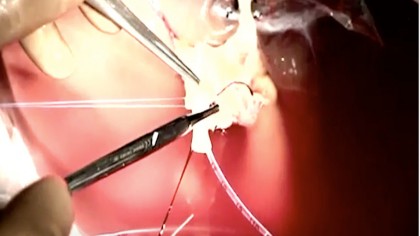 In yet another case revealed in 2016, another Chinese man decided that it would be an excellent idea to shove a chopstick into his urethra. This man from the Zhejiang province noticed blood in his urine and suspected that he had broken his urethra.

Another ingenious attempt was made by this man to fix the issue using a utensil. However, when he saw no way to avoid the embarrassment, he visited a doctor to get it surgically removed.

Via: The Straits Times