Huawei has plans to equip its artificially intelligent voice assistants with the ability to detect and respond to human emotions. This may be welcomed by users or seen as an invasion of privacy.

Chinese Telecommunications company Huawei is seeking to launch in market a phone that can cater to human emotional needs. To do this, Huawei is developing artificially intelligent voice assistants that can read emotions.

Although it may seem very advanced, this technology has been in the works for a while. In June of 2017, Gartner released an article stating that emotion-sensing technology was likely to be realized in 2018.

Research vice president at Gartner Annette Zimmermann was quoted saying: “In the future, more and more smart devices will be able to capture human emotions and moods in relation to certain data and facts, and to analyze situations accordingly.” 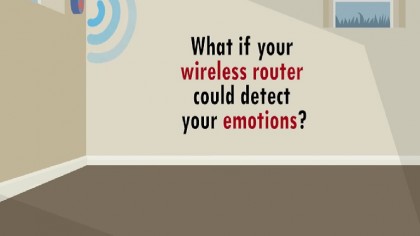 This Device Can Read Your Emotions By Using Wireless Signals

Huawei seems to be betting on this future. The company told CNBC it is aiming to deliver an emotion AI software soon.

Emotion AI is defined by Gartner as the ability of “everyday objects to detect, analyze, process and respond to people’s emotional states and moods.” Huwaei plans to incorporate this ability in its voice assistance systems that are estimated to interact with 110 million users daily.

"We want to provide emotional interactions," Felix Zhang, vice president of software engineering at Huawei's consumer business group, told CNBC. "We think that, in the future, all our end users wish [that] they can interact with the system in the emotional mode.”

Director of AI product management at Huawei's consumer business group James Lu told CNBC that the new system would work by having longer conversations to make the user feel less lonely. He added that the firm planned to give virtual assistants a high emotional quotient.

Huwaei may have been planning this innovation for a while. Last year Zhang was quoted saying that: "if you look at the whole ecosystem, the AI will fundamentally change the phone from the smartphone to the intelligent phone."

This news, however, may not be as well received as the company hopes. Last month, CCTV, the National Bureau of Statistics of China, and Tencent Research released a study that revealed that 76% of people in China felt AI was a threat to their privacy.

It is hard to imagine anything more invasive than something that can read your mood. Yet, that future seems unavoidable.

“By 2022, your personal device will know more about your emotional state than your own family,” said Zimmermann. She is not alone in thinking this.

In a TED talk given last month, Dolby Labs chief scientist Poppy Crum said that the ability to hide emotions will no longer exist for humans. She added that technologies can already detect the difference between a real smile and a fake one.

However, Crum said that, if fed the appropriate data, these technologies could be made to be more empathetic. This would see them respond in ways that would benefit human lives instead of invading them.