Clair-S : This New All-In-One Air Filter Even Sings You to Sleep

A new gadget looks to be one of the best all-in-one solutions for sleep aids. The Clair-S system is an air purifier complete with Bluetooth speakers and an app to customize your ideal sleep. 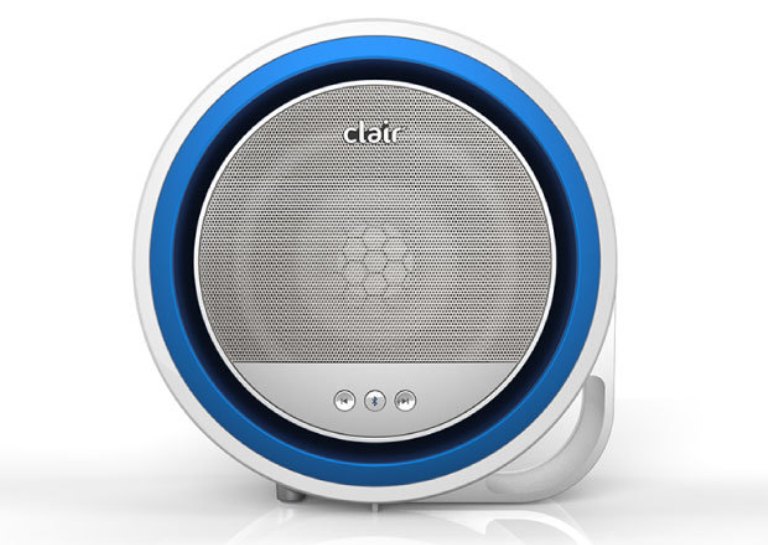 Clair-S's developers know that sleep serves as a crucial part to any healthy lifestyle. The National Center on Sleep Disorders Research estimates humans spend nearly 26 years or one-third of our lifetimes sleeping. The gadget combines the need for restful sleep with the importance of clean air.

The biggest selling point of Clair-S is its patented e2f filters. It goes beyond traditional HEPA filtration and captures even the smallest particulates. The company says these include micro-dust particles as small as 0.1µm, viruses, bacteria, allergens and pollen. No need to fit the filter with expensive replacements either. To clean it, all users need to do is pop open the casing and vacuum the filter. The company recommends a simple vacuum over the filter once every three months. Each e2f filter lasts for a full year before needing to be replaced to maintain air quality.

Filtering Out the Noise

Clair-S also takes care of the noises (or lack thereof) that can keep people from restful sleep. The partner app allows users to choose from any number of sounds, from white noise to crashing waves. Not a big sound person? You can fall asleep to the soft whir of the fan itself.

The app allows you to customize the sleep that works for you. Have small children who wake up easily throughout the night? Simply use the app to record a lullaby and Clair-S will sing them to sleep or soothe them. Or, if your kids struggle to get up in the morning, you can record your own wake-up call and schedule a time to play it through the Clair-S system.

Most air purifiers consume a lot of energy and aren't made for continuous use. Clair-S only uses 3 watts at most. The annual cost of the gadget comes to roughly $2.31 USD, according to the manufacturers.

The Clair-S system marks the third prototype of the device. It recently underwent the CES showcase in Las Vegas last month. According to the company, responses were positive - especially with regard to the soothing fan and its low noise output.

The company's IndieGoGo page has the market retail price around $200 USD. However, interested buyers can sign up for the early bird special of $119 USD. The company said those shipments will get out by April 2017.

For more information, check out the Clair-S IndieGoGo page here. You can also find the company on Facebook.

All images courtesy of Clair-S