Spot is robot dog designed by Google originally for the purpose of serving in the military. While the US military felt that Spot and Google's Alpha dog were not ready to join the army just yet, this gave Spot the perfect opportunity to hang out and witness what civilian life feels like.

Just last week, venture capitalist Steve Jurvetson shared a video on YouTube showing Spot engaging in an interesting encounter with a civilian dog called Fido. Now you can imagine how amazed a military robot would be after seeing such an interestingly cute creature. So Spot tried to run away at first, nothing strange there. 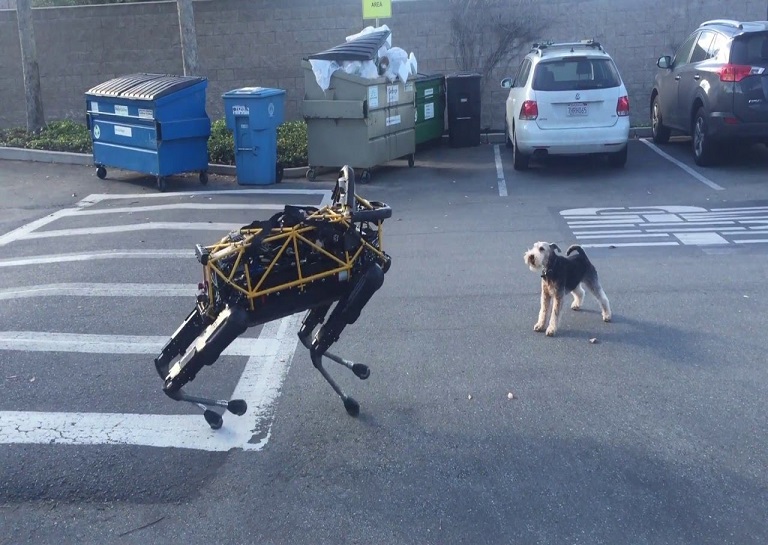 Fido persisted and at some point, it seemed like he was getting away with it. And then it happened, Spot immediately crouched as its military mode kicked in, that's when we knew it was just over. Even though Spot was rejected by the US military, the head of the Ground Combat Element branch for the Warfighting Lab believed Spot still had a place in the military.

"I see Spot right now as more of a ground reconnaissance asset." he said. "The problem is, Spot in its current configuration doesn't have the autonomy to do that." 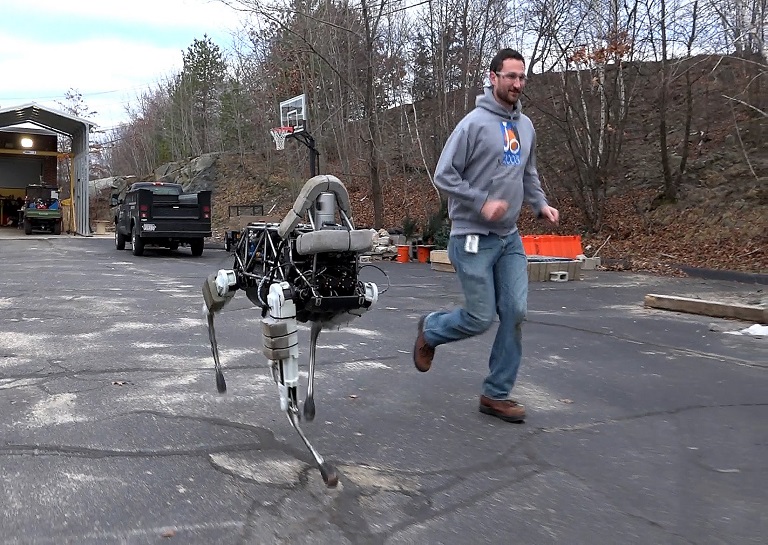 Spot was introduced by Boston Dynamics and it weighs just 72 kilograms. It efficiently uses electricity and hydraulics to operate and it has the ability to move not only on flat terrains, but even uneven terrains. It also has the impressive ability of being able to climb steps. What is even more impressive is that it can move while carrying loads as heavy as 181 kilograms!

Last year, Google celebrated Christmas in a very unusual way. They mimicked Santa Claus but instead of having a reindeer, Spot and his brothers moved Santa around the park. Now that's a pretty good use of a military robot dog, don't you think?