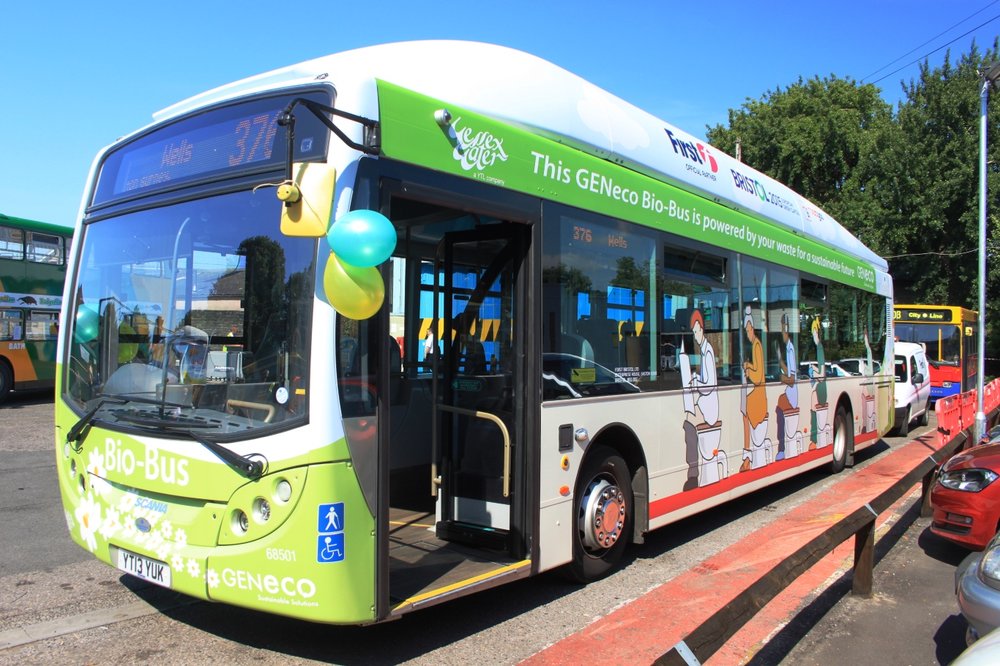 All around the world, the green vehicle revolution is starting to speed up. At first, the main impetus focused on electric vehicles (EVs) and other green cars powered by hydrogen or running as hybrids. However, increasingly, clean vehicle technology is beginning to appear in mass transit vehicles, particularly buses.

Just recently, technology company Kiira Motors Corporation, based in Uganda, launched a new solar powered bus called the Kayoola. The vehicle made its debut journey on February 16th and can accommodate 35 passengers, being able to travel up to 50 miles without a recharge and carrying two batteries. One of these feeds the solar panels on the roof while the other stores power for longer distances and night time voyages. 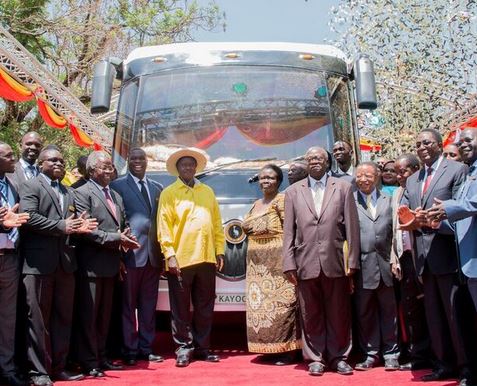 According to CEO Paul Isaac Musasizi, speaking to CNN, each battery on the bus can be fully charged in just one hour, making the vehicle suitable for both busy city services and longer journeys across country. However, Musasizi has even bigger plans for Uganda’s transportation sector. He sees his new bus as part of a much wider plan to kick-start production of solar-powered vehicles in the country, including the provision of support services such as solar charging stations at every gas station in Uganda. He argues that the country should follow Morocco’s example, building large solar farms in order to provide power for homes and vehicles and other uses. The prototype Kayoola cost $140,000 to develop, but this price tag would be much lower for mass-produced vehicles. Kiira Motors is aiming to manufacture 50 buses per year, eventually expanding into trucks and sedans.

The #KayoolaSolarBus has just arrived at Kampala Serena ahead of its launch on Tuesday. pic.twitter.com/1gWqzdnhdl

The world’s first solar powered bus was the Tindo which appeared in Adelaide, Australia, in 2007. Like the Kayoola, it is powered completely by solar power and can carry up to 40 passengers, 25 of them seated, the remainder standing. However, unlike the Kayoola, it is not equipped with solar panels. Instead, it relies on charging batteries from a solar PV system at Adelaide central bus station. 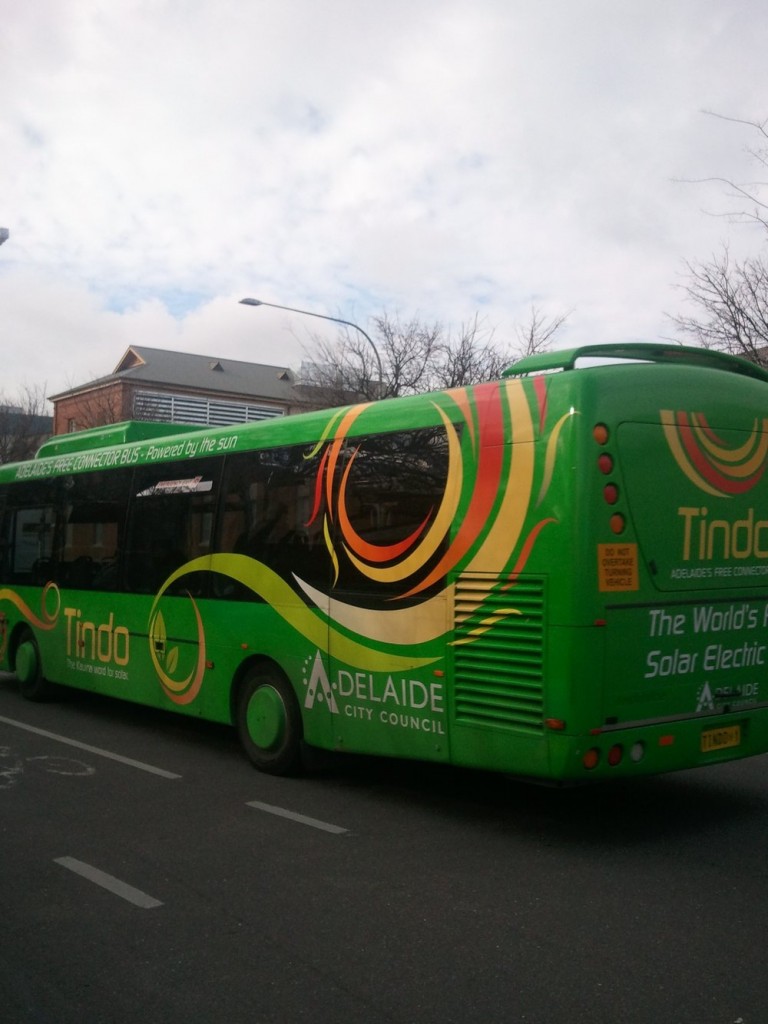 China was the next country to get involved in development of solar powered buses, with a solar hybrid vehicle appearing in the city of Qiqihar in July 2012, able to carry up to 100 passengers. This bus, like the Kayoola, relies on lithium-ion batteries which are fed by solar panels on the roof. The Chinese government have been attempting to increase the number of clean energy vehicles in its transport sector in recent years, notably by compelling public sector transport operators to take a lead in the development of more sustainable technologies. China is hoping to achieve a goal of at least 300,000 ‘new energy’ public buses and taxis on the road by the end of the decade. These vehicles will be a mix of 100 percent battery electric, hybrid electric, fuel cell electric and alternative fuels. There are also plans for charging infrastructure to support electric and hybrid electric cars.

A solar powered bus has been operating in the Austrian village of Perchtoldsdorf since 2011, albeit on a trial basis, while in the UK, the University of Glamorgan in Wales operates a vehicle called the Tribrid bus. This is another hybrid electric vehicle which was developed by the university for its student transport services between campuses, using hydrogen fuel or solar cells, batteries and ultracapacitors.

More recently, the UK government has announced plans to fund retrofitting of green technologies on nearly 450 buses with the aim of reducing emissions by 90 percent. The Department of Transport has awarded £7 million under its Clean Bus Technology Fund 2015, to 18 local authorities in order to reduce nitrogen oxide emissions. Transport for London (TfL) is trialing rapid wireless charging technologies for its electric and hybrid buses which would enable the vehicles to be charged wirelessly while waiting at bus stops. TfL also awarded a contract to Argent Energy in December 2015 for conversion of around one-third of its buses to B20 biodiesel from March 2016.

In Bristol, UK, First West of England is running the GENeco Bio-Bus on regular services in the city following a successful trial on a route between Bath and Bristol Airport. This vehicle is a converted Scania Enviro 300 bus which uses biomethane fuel produced from sewage sludge and food waste which can be substituted for natural gas. The fuel is stored on the top of the bus where it is pressurized to 200 bar, giving the bus a range of around 300 kilometers. 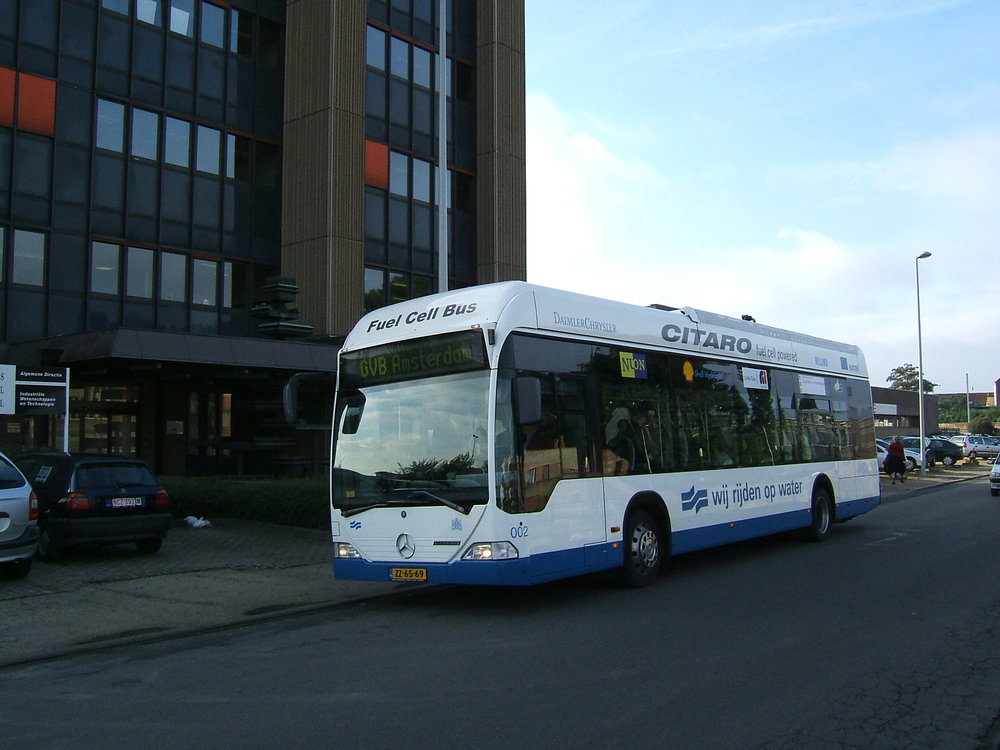 The Indian government have various plans for solar powered buses which they intend to launch in the cities of Pune, Mumbai and Bangalore, where the first electric bus in the country appeared in 2014.

In the US, a 14-seater Electricar bus, first constructed in 1994, was converted into a solar bus in 2011. It operates in the spa city of Truth or Consequences in New Mexico as a private shuttle service run by Hot Springs Transit LLC. The vehicle is equipped with 2 kilowatt, homemade solar panels on the roof, 40 golf cart batteries and 2 electric motors generating 700 Watt hours (Wh) of power per mile.

Some cities in the US are starting to introduce hydrogen fuel cell buses, for example the city of Canton in Ohio which will be deploying a seven vehicle fleet of these vehicles very soon this year. This follows the opening of a new hydrogen fueling unit in the city that will service the vehicles when they appear.

In Gothenburg, Sweden, electric buses are being used as part of the ElectrCity Project, aimed at developing and testing new clean energy solutions for public transport. Volvo deployed a new electric bus on a new route in the city in June last year. The vehicle runs on 100 percent renewable electricity and travels along the new Electric Bus Route 55 from Chalmers Johanneberg to Lindholmen. It was developed by the company in cooperation with the Swedish Energy Agency and various other partners including the City of Gothenburg, Lindholmen Science Park and Johanneberg Science Park. The long-term aim is to establish new electric bus routes powered entirely by electricity as a major part of the city’s public transport system.

Decarbonisation of global transport is increasingly becoming a priority for many countries around the world and you can easily see why. China has learned a harsh lesson in the pollution of its major cities and although this has mainly been from the country’s coal plants, the country is now starting to push decarbonization across a number of sectors, not just energy. In Europe, road transport emissions are likely to become its number one source of carbon emissions in the near future, stimulating Europe’s attempts to decarbonize transport. The same process is going on in many other areas of the world also.

Alongside the appearance of greener cars, this impetus will transform mass transit, indeed it is already starting to do so.