The world's largest clinical trial into the benefits of Vitamin D in preventing fractures shows no correlation.

Taking Vitamin D supplements was long thought to help prevent bone fractures later in life. A study has found that there is no correlation between additional Vitamin D and a reduction in the likelihood of fractures.

The largest ever clinical study on the use of Vitamin D in preventing fractures has just been reported. The study incorporated over 500,000 people and around 188,000 fractures from 23 cohorts from many countries.

The study is supported by other trials

Vitamin D levels are influenced by genes, so the researchers used genetic markers for Vitamin D blood levels (called Mendelian randomization or MR) to ensure the study was without observational studies.

The final results of the study prove there is no link between vitamin D levels over a lifetime and the risk of fracture.

The science goes against the UK government's recent health reports but it is supported by earlier smaller studies.

Consumer belief in Vitamin D as a useful supplement is likely to have stemmed from studies of supplements in care homes in the 1980s, these studies have never been repeated and were likely flawed.

Two other recent studies both have shown that Vitamin D did not affect fractures. So, while this is the case, there has been so much attention around Vitamin D deficiency in health news recently.

What constitutes a Vitamin D deficiency is unclear, there is no international consensus on appropriate levels.

In the U.S a ‘normal’ level is regarded as anywhere between 50 to 80 nanomole per liter of blood, despite recent studies indicating that 30 nmol is quite enough.

A deficiency is considered anywhere below 10 nmol at this level, the need for supplements is clear, but misdiagnosing patients as Vitamin D deficiency can cause over-medication.

While many people assume vitamin supplements are nonharmful, due to both their relative low dosage and accessibility. 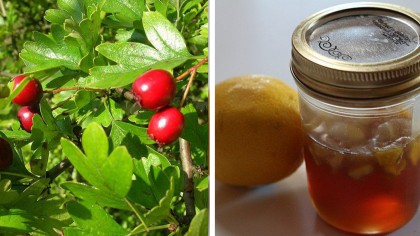 9 Home Remedies and Scientific Studies on Their Effects

However, Vitamin D is fat soluble, which means high levels can build up in the body. While most Vitamin D supplements available over the counter are low doses, higher doses can be found online.

While Vitamin D has been used in the past to treat now non-existent conditions like rickets, its place as a common everyday vitamin deserves to be rethought. The scientific evidence that Vitamin D supplements have any impact on improving health is scarce.

Unlike other vitamins, Vitamin D is easily accessible from sunlight and food such as fish, oil, mushrooms, and dairy products.

Although it is commonly associated with feeling blue through winter, some doctors suggest that there may be other ways to combat the feeling particularly, when generations before us managed to survive without the availability of supplements.

The results of the study published in the BMJ in August.

What's the Difference Between Jet Fuel and Gasoline?