Coastal Worms Recently Evolved to Grow Back Head After Amputation

The discovery answers lots of questions about how animals evolve to have regenerative abilities.

Biologists have recently discovered that four species of marine ribbon worms have evolved to gain the ability to regrow a head after amputation. The discovery busts the myth that appendage regrowth is an ancient trait.

There are some lucky animals in our ecosystem that have the ability to regrow appendages after amputation. Salamanders, spiders and some sea stars are among the animals with the superhero-like skill.

A study of 35 species of marine ribbon worms by an international team of biologists found that the four of the species very recently evolved to have the ability to regenerate an entire head, including a brain.

"This means that when we compare animal groups we cannot assume that similarities in their ability to regenerate are old and reflect shared ancestry," said Alexandra Bely, associate professor of biology at UMD and one of the study's authors.

"We need to be more careful when comparing regeneration findings across different groups of animals." Almost all living things, including humans have the ability of regeneration of some sort.

Humans can, for example, regrow skin after a wound. Animals that evolved very early on in our evolution history such as sponges, hydroids, and ctenophores often have super regenerative abilities, with some being able to regrow entire individuals from amputated parts.

The new study is the best case of gaining regenerative experiences science has seen and will give huge insights into what characteristics are needed for the evolution to take place. The biologists conducted their investigation by capturing worms from along the coasts of the U.S., Argentina, Spain, and New Zealand from 2012 to 2014. 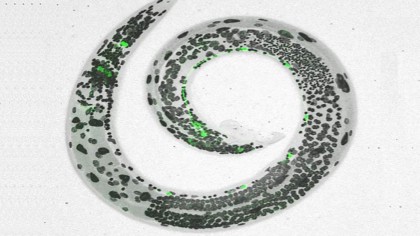 Stress on Worms Could Give Insight into Early Human Brain Development

They then bisected them front to back and observed their ability to regenerate. They also collected data on 13 other marine species of worms from previous studies.

Of the species examined, all of them could restore themselves to complete individuals by re-growing back ends. Just eight species could regrow their heads and restore an entire individual from just the back portion of the body. Four of these were known from previous studies and four were new.

"The ancestor of this group of worms is inferred to have been unable to regenerate a head, but four separate groups subsequently evolved the ability to do so," Bely said.

"One of these origins is inferred to have occurred just 10 to 15 million years ago."

While 10 to 15 million years might seem like a long time, in evolutionary terms that's very recent. Particularly when you think regenerative abilities are thought to have first evolved before the Cambrian Period more than 500 million years ago.

"These species that have recently evolved head regeneration will make for excellent models for studying the emergence of new regeneration abilities in animals," Bely said.

"We can now ask such questions as what changes in molecular processes led to novel head regeneration ability."

Meet The Bioprinted Pancreas That Could End Diabetes