Coca-Cola now has the world’s first 3D robotic sign in Times Square. The sign operates 24/7, broadcasting a range of advertisements for each of their extensive range of products.

Earlier this month, Coca-Cola outdid itself with the debut of its brand new high tech robotic billboard in New York City’s Times Square.

Times Square, also referred to as the crossroads of the world, now has what Guinness World Records is calling, the world’s first 3D robotic sign.

The six-story digital sign contains “1,760 independently moving LED screens, choreographed to the content on display – creating a multisensory experience for the 300,000 people who pass through the busy Manhattan intersection each day,” according to the drink giant’s website.

This is the latest update to the sign, which last saw a major change 13 years ago. Back in 2004, to commemorate the 100th anniversary of Times Square, Coca-Cola debuted the digital version of its long standing Coca-Cola® billboard that has been in place for more than eighty years in the metropolitan landmark.

This robotic billboard is 68-ft by 42-ft and went through scores of testing for all weather conditions to ensure that each of the high- resolution LED cubes would function smoothly. These cubes independently extend and retract towards the audience of spectators and are made up of 1,715 moving and 245 static cubes. The overall surface area of the visual display is 240.23 m² (2585 ft² 124 in²). Each cube can extend 1.52 m (5 ft. 0.18 in).

The sign operates 24 hours a day, seven days a week broadcasting a range of advertisements for each of their extensive range of products including, Coca-Cola, Coca-Cola Zero Sugar, Diet Coke and Coca-Cola Life.

“From the beginning, our brief was to create a pause-and-refresh moment in the crowded environment of Times Square,” said Kim Gnatt, group director, Business Strategy, Coca-Cola North America in a statement on the company website.

Not only does the sign feature 3-D imagery, but it also includes customized content tailored for its main audience—New York City commuters and tourists. The imagery will correspond with the time of day, meaning that at lunch or dinner it will show a coke and food clip.

Coca-Cola has arguably always been at the forefront of advertising innovation. The first ever Times Square sign was installed in 1920, and earned the title of being one of the first neon signs ever in 1923. Over the decades the billboard has seen an array of incarnations and popped up in many films throughout history. Most especially in pretty much every Spiderman film.

In 1991, the sign featured a US$3 million display of the world’s largest Coca Cola bottle and the only billboard in Times Square that lit up at night with its 12,000 neon lights.

Now the sky is the limit with where Coca-Cola’s innovations can go; we’ll see what the future brings for the iconic billboard. 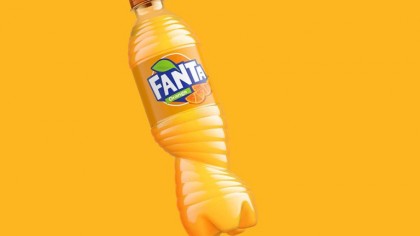