A prototype hovercraft called the Flyboard Air could one day be available to US combat soldiers for military use. The hovercraft is capable of propelling its operator to an upward flight of up to 10,000 feet at a top speed of 150 km/h.

Referred to as the Independent Propulsion Unit, the Flyboard Air is a 4-year worth of hard work for inventor Franky Zapata. It's the latest hovercraft model by Zapata along with Flyboard Pro Series, Hoverboard, and Jet Pack. Zapata is most famous for the Water Flyboard he invented five years ago.

This version is controlled by a hand-held remote and is capable of autonomous flight to up to 10,000 feet, which is more than 9 times the height of the Eiffel Tower. Users can hover above ground for around 10 minutes at a maximum speed of 150 km/h (93.2 mph). 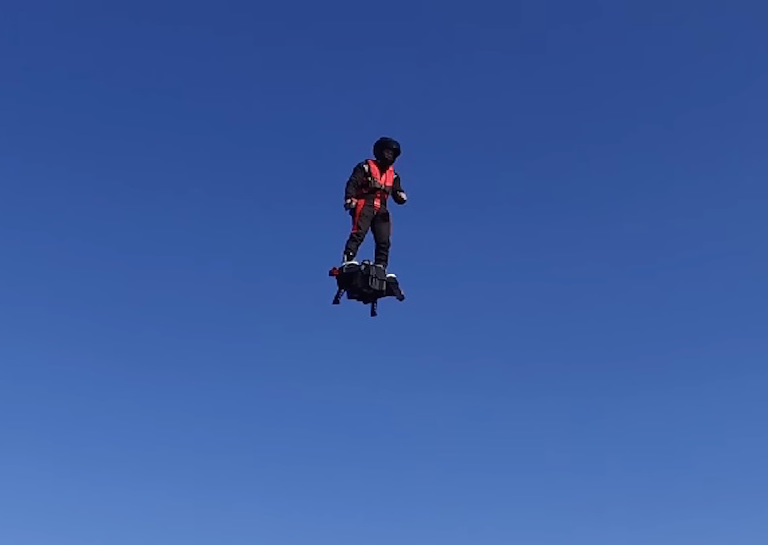 Zapata showcased his latest invention in Lake Havasu City during air shows in Sara Park and around a nearby beach. Holding only the remote control, the Frenchman flew above water to exhibit the hovercraft's abilities. Details of how the device works, like how it is powered and what mechanism is in use, have not been disclosed.

"Since 2016, we have fulfilled man's dream, by giving him the possibility to move through the air, thanks to a totally autonomous flying board", said Zapata. "Our adventure is not about to stop there. Never stop dreaming", added the inventor. 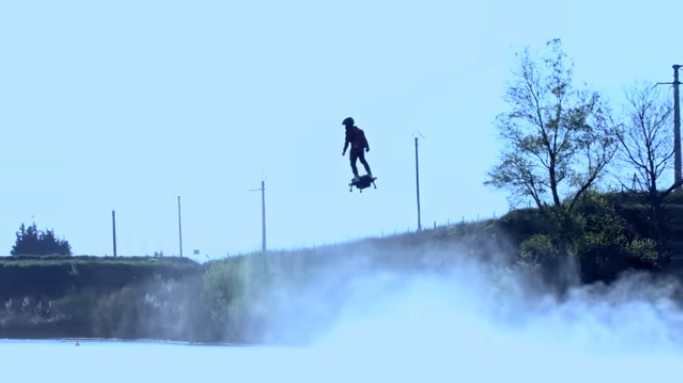 Back in 2016, Zapata Racing was bought off by Implant Science, a Department of Homeland Security supplier. Zapata announced that he is working with the US Army to evaluate how the hovercraft can be applied to the military industry. Specific details of his military collaborations are classified but Zapata said that the Army aims to use the hovercraft available to combat soldiers.

Currently, the Flyboard Air is still in its prototype phase and is not yet available for public use. However, older models like the Flyboard Pro Series is commercially available between $2,500 and $12,000. The Zapata trademark is a world leader in developing and manufacturing hydro and jet-powered technologies and products. Their unique algorithms, methodology, and patented designs are available for use and development in the entertainment, recreation, military, medical, and industrial fields.

Franky Zapata is a former jet ski racer and is a world champion in the water sports league. The Zapata trademark achieved its proof of concept aim when Zapata produced the most reliable, lightest, safest, fastest, and affordable personal flight system - the Flyboard Air.

If you're interested in trying out any of the Flyboards, you can browse for a center near you by checking out the link below. The hovercraft devices are available for private rentals and try out sessions.

SEE ALSO: How to Make a Homemade ‘Hoverboard’