A new study finds a potential disturbing link between popular disinfectants and bacteria in children's gut flora that may lead to weight gain.

A study by the Canadian Medical Association Journal (CMAJ) has brought to light a worrying consequence of a household staple we barely ever think about. The research has found a disturbing possible link between the use of certain common household cleaners and children's predisposition to being overweight.

Could disinfectants be to blame?

The culprit for this weight gain may be a gut microbiota whose quantity is altered by the use of disinfectants, cleaners that are nearly ubiquitous in today's world. The study analyzed the gut flora of 757 infants aged 3-4 months and then tracked their weight at ages 1 and 3 years while taking into account their exposure to different types of cleaners.

What they found was that infants from homes where disinfectants were used showed higher levels of the Lachnospiraceae bacteria in their gut flora. Those levels also further seemed to increase in correlation to the frequency of cleaning.

However, infants living in homes were only detergents or eco-friendly cleaners were present did not exhibit this bacteria rise. "We found that infants living in households with disinfectants being used at least weekly were twice as likely to have higher levels of the gut microbes Lachnospiraceae at age 3-4 months; when they were 3 years old, their body mass index was higher than children not exposed to heavy home use of disinfectants as an infant," said Anita Kozyrskyj, a University of Alberta pediatrics professor, and principal investigator on the SyMBIOTA project.

In addition, children from eco-friendly cleaner homes were also found to be less likely to become overweight as toddlers. Unfortunately, the study has not yet been able to produce direct proof that these registered differences in Lachnospiraceae levels are what is actually responsible for obesity risks.

"Those infants growing up in households with heavy use of eco cleaners had much lower levels of the gut microbes Enterobacteriaceae. However, we found no evidence that these gut microbiome changes caused the reduced obesity risk," Kozyrskyj explained.

This is because the use of eco-friendly products may also indicate a generally overall healthier approach to both lifestyle and nutrition. The latter therefore could be what explains the healthier gut flora and associated weight levels. 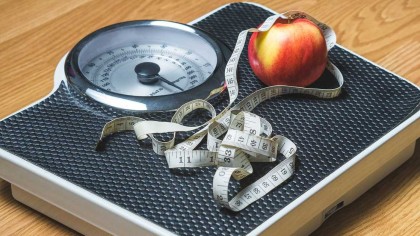 As such, the authors are now calling for further studies "to explore the intriguing possibility that use of household disinfectants might contribute to the complex causes of obesity through microbially mediated mechanisms." Kozyrskyj says one crucial approach would be a project that sees cleaning products classified by ingredients.

"The inability to do this was a limitation of our study," explained the researcher. With high obesity rates ever looming over the US and North America in general, it may be worth looking into any causes that may be further exacerbating the issue.

The work was funded by the Canadian Institutes of Health Research (CIHR) with funding from the Allergy, Genes and Environment (AllerGen) Network of Centres of Excellence for the CHILD study.